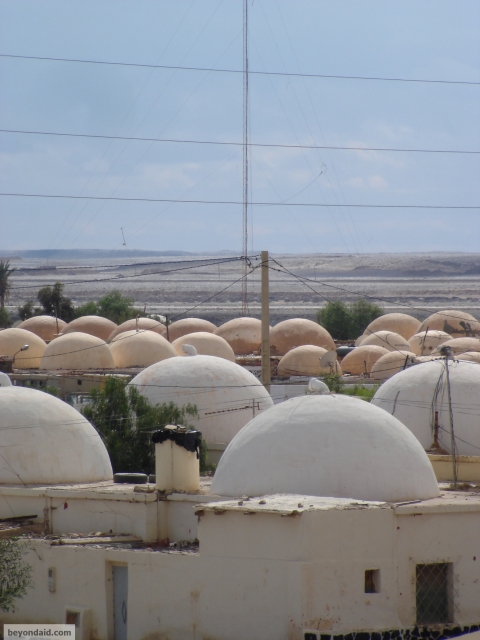 “There is an absurdity to the idea of raising the average income of more than 7 billion people to more than $100,000 a year merely to ensure that everyone has an income of at least $465. But in the present context of global carbon constraints, it goes far beyond the absurd. It is both dangerous and counterproductive.
…
Merely relying on global growth (and the continuation of recent improvements in development policy) to eradicate extreme poverty is simply not a viable course. We can only hope to eradicate poverty – even by the highly restrictive $1.25 definition – through a major increase in the share of the benefits of global growth that accrue to the world’s poorest by a factor of more than five.
And that would require a fundamental rethink of our whole approach, not only to development, but to the operation of the global economy.”

Militarized internet
The Guardian reports on a leaked document indicating that US President Barack Obama has ordered the creation of a list of targets for potential cyber attacks should “national interests and equities” be considered under threat:

“The 18-page Presidential Policy Directive 20, issued in October last year but never published, states that what it calls Offensive Cyber Effects Operations (OCEO) ‘can offer unique and unconventional capabilities to advance US national objectives around the world with little or no warning to the adversary or target and with potential effects ranging from subtle to severely damaging’.
…
Obama’s move to establish a potentially aggressive cyber warfare doctrine will heighten fears over the increasing militarization of the internet.”

“On Friday June 7 in Brussels, Morocco signed a text that requires Rabat to negotiate and cooperate with Europe on immigration matters. In exchange for certain favours, Morocco is agreeing to take in all migrants who reached Europe illegally via Morocco,
…
Morocco is the first Mediterranean country to enter into such a partnership with the EU.
…
The concern is that Europe is trying to ship its migration problems outside its borders without any guarantees that human rights will be respected.” [Translated from the French.]

“When the government halted logging under [Private Use Permits] in August, companies immediately began submitting large numbers of applications for Community Forest Management Agreements (CFMA). However, CFMAs are intended to allow communities to manage forests themselves, and it is illegal for anyone other than communities to submit CFMA applications. Once again, companies are targeting small scale permits and exploiting communities to get access to the forests.”

Strings attached
Friends of the Earth’s Kirtana Chandrasekaran and Nnimmo Bassey express concern over some of the “far-reaching changes to [African] land, seed and farming policies” demanded by the G8’s New Alliance for Food Security and Nutrition:

“Mozambique, for example, is committed to ‘systematically ceasing to distribute free and unimproved [non-commercial] seeds to farmers except in emergencies’. The new alliance will lock poor farmers into buying increasingly expensive seeds – including genetically modified seeds – allow corporate monopolies in seed selling, and escalate the loss of precious genetic diversity in seeds – absolutely key in the fight against hunger. It will also open the door to genetically modified (GM) crops in Africa by stopping farmers’ access to traditional local varieties and forcing them to buy private seeds.
…
Several countries have been asked to speed up the takeover of land by foreign investors. Ethiopia, for instance, will ‘Refine land law, if necessary, to encourage long-term land leasing’, while companies are already asking for up to 500,000 hectares (12.35m acres) of land in Ivory Coast under this scheme.”

Investor activism
Novethic has released a new report looking into the impacts of investors, primarily in northern Europe, who blacklist companies over alleged human rights abuses:

“The calling out of companies by investors, if echoed by public opinion and the media, can be a game changer. In order to maximize impact, investors must coordinate their efforts. If they adopt common definitions of the human rights they want to see respected and they take action together, progress will be significant.” [Translated from the French.]

Drone terror
Al Jazeera reports on the experiences of “terrorised” civilians who have witnessed America’s drone war up close and personal in Yemen:

“The repercussions were devastating. The villagers marched the next day, chanting: ‘Obama, why do you spill our blood?’ But President Abd Rabbu Mansour Hadi met their pleas for answers with silence.
Salem’s mother died two weeks later apparently from shock. [Faisal Ahmed bin Ali Jaber]’s sister Hayat, the mother of Walid, refuses to leave her home, and said she is ‘waiting to join my so’. Faisal’s daughter Heba was so stricken with fear she didn’t leave her home for twenty days. She still needs psychiatric care.
‘The people in the village are so afraid now,’ Faisal sighed. ‘Everything has changed. They think they can be killed anywhere.’ ”