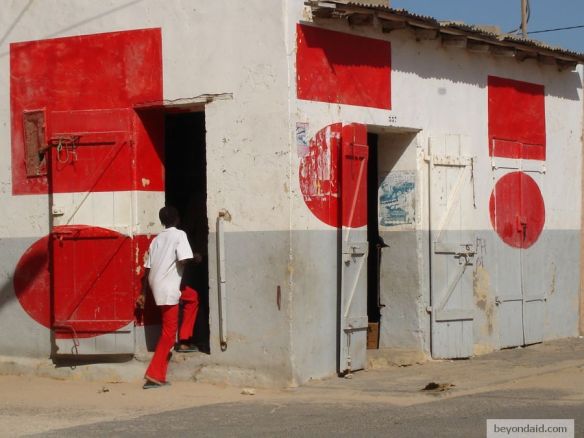 Drums of war
Reuters reports that French Foreign Minister Laurent Fabius has said a foreign military intervention in Mali is “probable” now that Islamist forces appear to be in control of the country’s north:

“ ‘In the north, at one moment or another there will probably be the use of force,’ Fabius said, noting that intervention would be African-led but supported by international forces.
…
Fabius said Paris would not lead a military intervention since its colonial past in the country would complicate matters.”

Export responsibility
The Guardian reports that a British parliamentary committee is calling on the government to alter its arms export policy so as to avoid selling military equipment to repressive regimes:

“Under the government’s own guidelines, licences cannot be issued if there is a clear risk that the equipment might provoke conflict or could be used to facilitate internal repression.
Records for last year show 97 licences were granted for sales to Bahrain for equipment including assault rifles, sniper rifles, body armour, gun silencers, shotguns, pistols, weapons sights and small arms ammunition.”

Outsourcing peacekeeping
Global Policy Forum has released a report detailing the UN’s growing reliance on private military and security companies, with an estimated 250% increase in field missions’ use of security services since 2006:

“In the absence of guidelines and clear responsibility for security outsourcing, the UN has hired companies well-known for their misconduct, violence and financial irregularities – and hired them repeatedly. These include DynCorp International, infamous for its role in a prostitution scandal involving the UN in Bosnia in the 1990s and, more recently, its participation in the US government’s “rendition” program; G4S, the industry leader known for its violent methods against detainees and deported asylum seekers; ArmorGroup, a G4S subsidiary singled out in a US Senate report for its ties to Afghan warlords; and Saracen Uganda, an offshoot of notorious mercenary firm Executive Outcomes with links to illegal natural resources exploitation in the Democratic Republic of Congo.”

Collateral damage
The New York Times asks if the killing of Osama Bin Laden may have come at the cost of the “global drive to eradicate polio”:

“In Pakistan, where polio has never been eliminated, the C.I.A.’s decision to send a vaccination team into the Bin Laden compound to gather information and DNA samples clearly hurt the national polio drive. The question is: How badly?
After the ruse by Dr. Shakil Afridi was revealedby a British newspaper a year ago, angry villagers, especially in the lawless tribal areas on the Afghan border, chased off legitimate vaccinators, accusing them of being spies.
And then, late last month, Taliban commanders in two districts banned polio vaccination teams, saying they could not operate until the United States ended its drone strikes. One cited Dr. Afridi, who is serving a 33-year sentence imposed by a tribal court, as an example of how the C.I.A. could use the campaign to cover espionage.”

Drone sales
Al-Monitor reports that the US Defense Department is looking to “boost profits for US manufacturers” by selling drones to Middle Eastern governments:

“In May, Iraq agreed to buy at least six unarmed US surveillance drones despite the protests from Iran. Turkey currently is haggling with the US for the purchase of $4 million hunter-killer Predator or $30 million Reaper drones armed with Hellfire missiles and laser-guided bombs for use against the guerrillas of the PKK (Kurdistan Workers Party).
…
In a statement, Sen. Dianne Feinstein (D-Calif.), head of the Senate Intelligence Committee, said ‘There are some technologies that I believe should not be shared with countries, regardless of how close our partnership.’
But in a speech at the US Institute for Peace last month (June 28), [US Defense Secretary Leon] Panetta said he would press for loosening the restrictions on arms sales, with or without the support of Congress.”

Leading from the sidelines
The Center for Global Development’s Charles Kenny makes his case for the US to allow a strong Arms Trade Treaty at the final UN negotiations which are currently underway:

“The silver lining is that a consensus approach that brings in all major players may not actually be necessary to make progress. The U.S., Russia, and China have yet to sign the 1997 landmine ban treaty, for example. Yet the treaty is largely responsible for a dramatic decline in the number of mines being used and the number of people being killed or injured by them.
…
So it would be better for the U.S. to shoot blanks and negotiate for a strong document that includes ammunition—even if everyone at the table understands it won’t sign the resulting agreement. If the U.S. wants to show leadership on stopping the global arms trade, the best thing it can do at this point is get out of the way.”

Shared responsibility
In the wake of the deaths at sea of 54 African migrants earlier this week, a Dutch politician is calling on European governments to take collective action to avoid future tragedies:

“ ‘Governments in Europe, and not only in the countries on the southern shores of Europe, must react, and take an equal share in the protection of asylum seekers arriving from Africa,’ said Tineke Strik, author of a report on ‘Lives lost in the Mediterranean Sea: Who is responsible?’
…
‘It is still not safe in Libya and the boats will continue to arrive. Europe knows that.’ ”

Illegitimate roadmap
Independent consultant Ahmed Egal argues that British “nation-building” efforts in Somalia are not designed to provide the Somali people with a legitimate and representative government:

“For example, the intelligentsia are frustrated and deeply unhappy that, despite all the pious statements about the Somali ownership of the Roadmap at the various conferences, an illegitimate, externally financed and externally-driven process is being imposed upon them. The political elite (and their business community backers), comprising warlords, present and past ‘government officials’ and Diaspora carpet baggers, are girding up for the auction of political posts and ministerial seats as they eagerly anticipate the flow of riches and patronage to come. The vast majority of the long suffering population of Somalia, however, are apathetic about the entire enterprise since they have no say in the proceedings; they just desperately hope that some semblance of normalcy can be restored, even if they can hardly recognise it should it somehow arrive.”