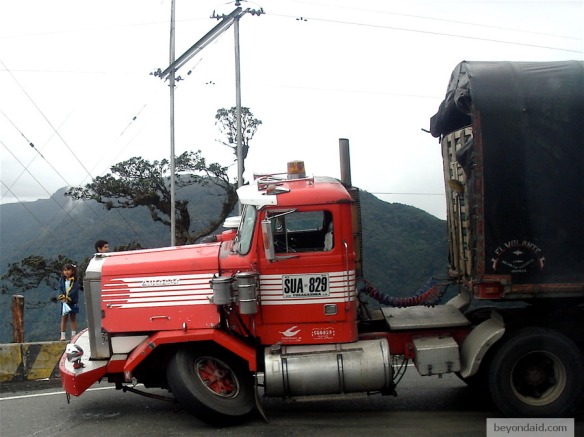 NATO secrecy
The New York Times’ C.J. Chivers writes that NATO is withholding information regarding civilian casualties of its Libyan campaign.
“In previous statements, [NATO Secretary General Anders Fogh] Rasmussen had said that there were no ‘confirmed’ civilian casualties caused by NATO in the entire war. That ringing denial overlooked two points: NATO’s definition of a ‘confirmed casualty’ is a casualty that has been investigated by NATO; and because the alliance has refused to look into credible allegations of the scores of civilian deaths that independent investigations have found it caused, it is impossible for the official tally to rise above zero.”

Nominee controversy
The Financial Times reports the US nominee for World Bank president is “under fire” over a 2000 book he co-edited, which was highly critical of “neoliberal” economic policies.
“But colleagues of Dr [Jim Yong] Kim and officials at the US Treasury said that when taken in context he was simply arguing that the distribution of gains from economic growth decides whether it makes life better for the poorest. They pointed out that such criticisms were widespread in the late 1990s and the World Bank had since changed its practices to take account of them.
‘Jim Kim is a brilliant man and fully understands the need for economic growth. What we have said in the book is that economic growth, in and of itself, is insufficient and will not automatically lead to a better life for everyone,’ said Joyce Millen, one of the co-editors of Dying for Growth, and associate professor of anthropology at Willamette University in Salem, Oregon.”

Mining claims
The CBC reports that a coalition of human rights groups has filed for Canada’s highest court to hear a lawsuit against a Canadian mining company for its alleged contributions to a massacre of civilians in the Democratic Republic of Congo.
“The groups allege that Anvil Mining Limited provided logistical support to the Congolese military who raped and murdered people as it crushed a rebel uprising in 2004, killing as many as 100 people in the port city of Kilwa.
That support allegedly included planes, trucks and drivers instrumental in ending the conflict. The port was key to the operation of a copper mine, the exit point for $500,000 worth of copper and silver every day.”

German apology
The Namibian reports on the growing pressure on Germany’s parliament to make amends for crimes committed in its former colony – now called Namibia – during the early 20th Century.
“More than 100 German NGOs have now signed the ‘No Amnesty to Genocide’ appeal to the German parliament joining the demand for a formal apology for the genocide and reparations.
The Left Party’s motion was debated in the Bundestag last Thursday, and the Social Democratic Party (SPD) and Green Party had also introduced similar motions, the latter of which [No Amnesty to Genocide’s Christian] Kopp said made no mention of payments of reparations.
Instead, said Kopp, the SPD and Green Party in their motions simply focus on demanding for the revival of the reconciliation initiative in the context of intensive development aid, and initiative he said was from the start unilaterally implemented with limited success so far.”

Private security boom
The BBC reports on the growing presence of foreign private military firms in and around Somalia.
“Another rapid growth area is the business of armed contractors hired to protect ships in Somalia from on board – a practice officially sanctioned for British ships by Prime Minister David Cameron in October.
Prof Chris Kinsey, a security expert at King’s College London, says Britain’s private security firms were “following the cash cow” much like they did in Iraq in 2003.
…
He predicts the recent discovery of oil in the region will generate even more work as “huge capital assets” like tankers and drilling ships need protection.”

Internet inequality
The Atlantic reports on new findings that suggest the “lion’s share” of online content still comes from the US and Europe.
“ ‘Many commentators speculated that [the Internet] would allow people outside of industrialised nations to gain access to all networked and codified knowledge, thus mitigating the traditionally concentrated nature of information production and consumption,’ [the Oxford Internet Institute’s Corinne Flick] writes. ‘These early expectations remain largely unrealised.’ ”

Speed kills
The Brookings Institution’s Kevin Watkins writes that Western actors bear some of the blame for the huge number of fatal road accidents in poor countries.
“The global nature of the crisis is epitomised by the road linking Kenya’s capital Nairobi to the port of Mombasa. Upgraded into an eight-lane superhighway with support from the World Bank and other donors, speed is up and journey times are down.
Pity they forgot about the children, hundreds of whom cross the road to get from their homes in the sprawling slum of Kibera to primary school. ‘It makes me scared every single day,’ Mary Kitunga, 12, told me.
…
Car companies talk about road safety, but people come a distant second to profit when they spot a market opportunity. That’s why major multinational companies operate one set of vehicle standards for the US and another for Brazil.”

Co-development
The Overseas Development Institute’s Jonathan Glennie makes a case for moving beyond aid and its one-way approach to sharing solutions.
“In 2010 Nigel Crisp, a former chief executive of Britain’s National Health Service, published an extraordinary book called Turning the World Upside Down: The Search for Global Health in the 21st Century. Like this [Global Health Strategies Initiatives] report, he argues that the solutions to global health problems are now at least as likely to come from unexpected sources in the developing world as from the west. But he goes a step further, bringing out lessons that rich countries can learn from poorer ones, and treating health similarly in rich and poor countries alike.
Crisp’s talk of ‘co-development’ rather than rich-poor international development resonates in this era of shifting power, and with a blog I wrote a few years ago arguing something similar. When western audiences start to look to poorer countries for solutions in health and in other sectors, they will finally have moved on from the era of aid.”