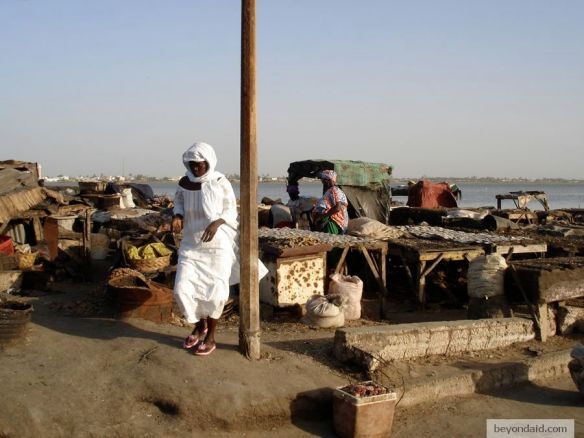 World Bank nomination
Boston University’s Muhammad Zaman praises the Obama administration’s choice of nominee for World Bank president – a position held exclusively by US citizens since the institution’s foundation – though not because of Jim Yong Kim’s Korean birth.
“The argument about him being a great choice because of the country of his birth, a developing Korea of the 1960s, is not particularly strong. He was fortunate to be raised by highly educated parents in the U.S. and went to some of the best institutions in the country for his training. To me, it was what he did with that training is the most interesting and exciting part. It is his deep conviction to change the status quo in global health, and his innovations in both research and practice that set him apart. From ‘Partners in Health,’ a paradigm shift in global health practice, to WHO, Harvard and then leadership at Dartmouth map the course of a man who has the necessary intellect to create bold and transformative changes for some of the most pressing problems of our time.”

Nuclear morality
United Press International reports that US President Barack Obama has said his country has a “moral obligation” to reduce its nuclear arsenal.
“ ‘I believe the United States has a unique responsibility to act — indeed, we have a moral obligation,’ Obama told students at South Korea’s Hankuk University of Foreign Studies.
‘I say this as president of the only nation ever to use nuclear weapons,’ Obama said. ‘I say it as a commander in chief who knows that our nuclear codes are never far from my side. Most of all, I say it as a father, who wants my two young daughters to grow up in a world where everything they know and love can’t be instantly wiped out.’ ”

Floating armouries
The Associated Press reports that private security companies are maintaining “floating armories” in international waters off Africa’s east coast so as to skirt laws governing the movement of weapons.
“Floating armories have become a viable business in the wake of increased security practices by the maritime industry, which has struggled for years to combat attacks by Somali pirates. But those in the industry say the standards vary widely.
…
There are between 10 and 12 ships operating as floating armories at any one time. About half a dozen are located in the Red Sea, three off the United Arab Emirates and a couple off the island nation of Madagascar, said Thomas Jakobsson of Sea Marshals Ltd.”

Shell mega-suit
Agence France-Presse reports British lawyers representing over 11,000 Nigerian plaintiffs have launched a lawsuit against oil giant Shell over spills in the Niger Delta.
“Shell’s Nigerian unit, Shell Petroleum Development Company of Nigeria (SPDC), has admitted liability for two spills of a total of about 4,000 barrels, after the spills were independently verified.
But Shell strongly contests the claims of London-based lawyers Leigh Day that some 500,000 barrels were spilled, arguing that the majority of spills are caused by illegal attempts to tap into pipelines.
Most of the claims were brought by people who claim their livelihood as fishermen has been destroyed.”

New UN expert
The Center for International Environmental Law reports that the UN Human Rights Council has agreed to appoint an independent expert on human rights and the environment.
“The Council’s resolution establishes an institutional vehicle to advance the linkages between Human Rights and the Environment.  It is expected that this new Special Procedure will lay the basis for the Council’s recognition of a universal right to a healthy environment.  In addition the new Independent Expert is tasked with identifying and promoting best practices relating to the use of human rights obligations to strengthen environmental protection.”

Pax ethnica
Queen’s University’s Will Kymlicka reviews a book that aims to “resuscitate the dream” of multiculturalism by showcasing five examples of ethnic harmony from around the world.
“And yet I worry about the strategy of invoking ‘unsung exceptions.’ After all, the very idea that these are exceptions implies that ethnic conflict is the norm. And, indeed, the authors describe these five cases as ‘harbingers of multiethnic peace in an otherwise feral world,’ which have overcome ‘history’s most pernicious quandary’ and ‘most intractable problem.’
Yet this, too, is a myth that must be challenged. There is nothing normal about ethnic violence. Many people think that Africa is being torn asunder by ethnic conflicts, but studies have shown that if you randomly pick any two neighbouring ethnic groups in Africa, the likelihood that they are involved in violent conflict is infinitesimally small. In describing their five cases as exceptions, Meyer and Brysac may unintentionally be reproducing the myth that ethnic diversity is prone to violence. I would have preferred a more direct attack on the claim that ethnic diversity creates a ‘pernicious quandary,’ rather than trying to identify ‘exceptions’ to the alleged quandary.”

Race to the bottom
In a Q&A with TrustLaw, Tanzanian bishop Stephen Munga rejects the argument that increased government regulation puts a country’s mining industry at a competitive disadvantage.
“That is really one-sided thinking. Across Africa there is a big discussion on mine nationalisation. And that is coming up because we don’t see good bills. It’s not a question of who is going to have the lowest figures, it’s a question of who’s going to deliver so that local communities can benefit.
For African governments now, since they’re getting a lot of pressure from civil society, whoever comes up with a good bill, is the one who’s going to win. Otherwise, you already have about five countries that are discussing mining nationalisation.”

RIP world music
Ian Birrell writes on the Guardian’s music blog that the term “world music” has become “outdated and increasingly offensive.”
“For a start, it implies cultural superiority. Artists from America and Europe tend not to get stuck in the world section, just those that don’t speak English or come from “exotic” parts of the world. They can be consigned safely to the world music ghetto, ignored by the mainstream and drooled over by those who approach music as an offshoot of anthropology.”