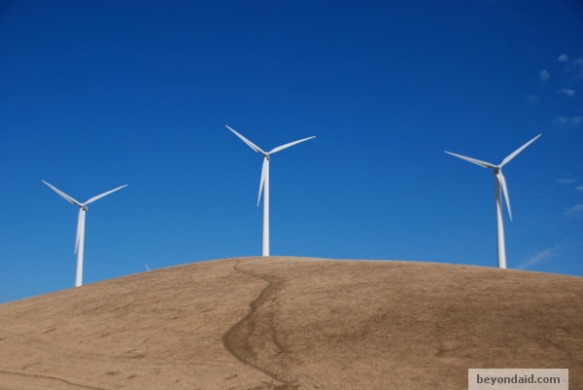 Energy governance
Former NATO secretary general Javier Solana and the ESADE Center for Global Economy and Geopolitics’ Ángel Saz-Carranza make the case for a system of global energy governance, arguing that neither an unregulated market nor current multilateral institutions are up to the task.
“Owing mainly to its environmentally negative externalities, an unregulated energy market is not a useful governing mechanism, because it is unable to internalize the environmental costs. It has been calculated that the most contaminating energy sources would have to pay a 70% tax to reflect their negative externalities.
A substantial lack of information in this field is another reason why the free market doesn’t work. Often, as with the properties of a gas reserve, for example, information is technically difficult to obtain. In addition, governments consider natural resources to be strategic and don’t release information about them. Finally, time frames related to energy are usually long: centuries for environmental effects or decades for investments to pay off. Thus, energy must be governed through a system of cooperation and regulation.”

Covert war
The Bureau of Investigative Journalism’s Pratap Chatterjee argues the CIA must prove that two Pakistani boys, aged 12 and 16, who were killed last week in a drone strike posed an imminent threat to US security or else it is guilty of murder.
“Over 2,300 people in Pakistan have been killed by such missiles carried by drone aircraft such as the Predator and the Reaper, and launched by remote control from Langley, Virginia. Tariq and Waheed brought the known total of children killed in this way to 175, according to statistics maintained by the organisation I work for, the Bureau of Investigative Journalism.”

First, do no harm
The University of London’s Donna Dickenson writes about the recent discovery that American researchers intentionally infected hundreds of Guatemalans with syphilis in the 1940s, and she warns against ethical complacency today as more and more clinical drug trials are conducted in poor countries.
“In fact, one should view the Guatemalan study, with its incontrovertible horrors, as an extreme example of the biggest ethical problems in research today. Now, as then, richer developed countries are able to put pressure on weaker, poorer ones.
A report in 2010 revealed that foreign citizens made up more than three-quarters of all the subjects in clinical trials conducted by US firms and researchers. The US Food and Drug Administration inspected only 45 of these sites, about 0.7 per cent. There is no suggestion that Third World patients are deliberately being made ill when research is outsourced – unlike in the Guatemalan case – but that does not attenuate the inherent vulnerability of populations lacking basic medical care or experiencing epidemics.”

Investment agreements
The Guardian reports on bilateral investment treaties and how their investor-state dispute mechanism is a powerful and increasingly popular tool for transnational corporations to sue governments whose policies threaten their profits.
“There is growing concern among legal experts and the countries hit by these legal cases that the investment regime, made up of a patchwork of bilateral investment treaties and multilateral agreements, favours corporations over the public interest, puts sovereignty at stake, is chronically lacking in transparency and accountability and has been mis-sold to many developing countries that only realise exactly what they have signed up for when they get sued.
…
In the last 15 years multinational corporations have increasingly recognised the potential of the ISDM, and this area of law – in which lawyers and arbitrators can command fees of $500 an hour and more – has seen a rapid expansion. A UN report in 2010 noted that 57% of all known cases have been brought in the last five years, with growing numbers of law firms opening large, dedicated sections.”

Affordable medicine
Intellectual Property Watch reports the Medicines Patent Pool, whose goal is to improve access to effective HIV/AIDS treatments in poor countries, has responded to criticism of a deal it signed with a major pharmaceutical company earlier this year.
“The Pool said in its response that the Gilead deal is not a template for the future, and that it includes more countries in its scope than any other HIV licence to date. The response also details how the licence does not undermine flexibilities contained within the World Trade Organization Agreement on Trade-Related Aspects of Intellectual Property Rights (TRIPS). It also seeks to address concerns related to production of generic products in India and elsewhere.”

Ethical oil
Nobel laureates Jody Williams and Desmond Tutu argue one of their own, US President Barack Obama, will take “one of the single most disastrous decisions of his presidency concerning climate change and the very future of our planet” if he approves construction of the Keystone XL pipeline that would transport oil from Canada’s controversial “tar sands” to the Gulf of Mexico.
“The claim that Alberta’s fossil fuels are “ethical” because Canada is a friend is a specious ploy aimed at perpetuating the world’s addiction to fossil fuels. There is no such thing as ethical fossil fuel, regardless of geographical origin. The ethical choice is to move as quickly as possible away from fossil fuels, period.”

Roadmap for sustainable development
The UNDiplomatic Times’s Bhaskar Menon calls for a specific course of action to be mapped out at next year’s Rio+20 summit in order to actually undertake the radical changes needed to achieve sustainable development.
“The [UN] secretary-general’s report submitted earlier this year to the committee preparing for the [Rio+20] conference noted that to succeed in ‘fundamentally shifting consumption and production patterns onto a more sustainable path’, public policy would have to extend ‘well beyond “getting prices right”’.
However, it did not say what specific policy measures would be necessary. Indeed, nowhere in the massive body of documentation the United Nations has produced since it convened the first Environment Conference in 1972 can we find a single analysis of that issue.”