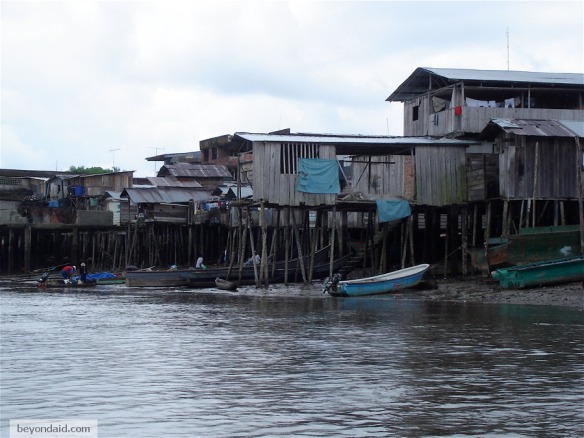 G20 futility
The Res Publica Foundation’s Julien Landfried argues that despite the apparent multilateralism of G20 summits, competing interests stand in the way of actual progress.
“Everything is happening as though it were inconceivable to neutralize the predations of the financial system on the economy. US President Obama has disappointed his most devoted supporters with his concessions to American financial lobbyists. Financial institutions are calling the shots and dictating the terms, for the most part, of bank bailout plans past and future. They have not just escaped the costs of the crisis, but have taken the ascendancy over states thanks to the public debt crisis, even though its causes lie in the private debt crisis. Nothing will be possible as long as a dismantling of the “financial complex” has not been undertaken. Let’s wager a government that summoned the courage to stand up to financial interests would retrieve not only its own dignity but the respect of the people as well. (Translated from the French.)

Bill Gates & Robin Hood
The Guardian reports Bill Gates has thrown his weight behind a proposed EU financial transaction tax – the so-called Robin Hood tax – despite concerns, particularly in London’s financial sector, that the tax would be bad for business.
“The City has been lobbying the government hard to resist an FTT but Gates said he hoped the prime minister would allow other members of the G20 to press ahead even if Britain remained opposed. ‘It doesn’t seem that the UK should have an objection when it has a settlement tax of its own,’ Gates said, referring to stamp duty levied on share deals. He added: ‘Hong Kong and the UK, which are both big financial centres, have settlement taxes. At the same rate levels it could be adopted by more countries and raise a fair amount of revenue.’”

Amazonas 2030
The Inter Press Service reports on the Colombian government’s decision to reconsider mining titles in its Amazon region, as well as the release of a new index that attempts to measure “the quality of life of ecosystems.”
“The Ministry of Mines and Energy’s announcement that it is studying the cancellation of mining concessions was made on Oct. 26 at the presentation of the Amazonas 2030 Index, developed by an alliance of the same name which collects social, environmental and economic data on the Colombian portion of this rainforest that constitutes the heart of South America.
The study is innovative in that it grants the same importance to the dimensions of the environment and indigenous communities as it does to economic, social and institutional dimensions. Each has a weight of 20 percent.”

Limited protectionism
The Fondation Jean-Jaurès’s Gérard Fuchs has some suggestions – involving land title, agricultural imports and market speculation – that he believes the G20 should adopt to tackle world hunger without having to promise new funds.
“The other threat to food production is the importation of agricultural products which countries in the South have been compelled to accept. Local agriculture has suffered as a result, leading to an uncontrolled rural exodus and mushrooming slums, and when the prices of imported products skyrocket, food riots erupt. It is necessary then to regulate food imports to provide local farmers with the protection they still need to improve productivity, but this position runs counter to free trade. A second proposal, therefore, should be debated within the World Trade Organization to allow regional groupings like ECOWAS [the Economic Community of West African States] or the EU to adopt protective measures aimed at maintaining as much food self-sufficiency as possible. (Translated from the French.)

Fair trade caution
The Landless Workers Movement’s Janaina Stronzake makes the case against treating food as a commodity and argues that fair trade is not automatically a good thing.
“Fair trade is one of the components that can help cure the world’s hunger. Nevertheless, some data from 2009 pointed to a large concentration of commerce in cacao, coffee and tea, so seeing fair trade without seeing food sovereignty in these countries can also bring a problem of monocultures and the concentration of leadership of one or a few NGOs that rule over these fair trades.
Relationships between people in this fight to end hunger cannot be based purely on commerce.”

The nature of foreign policy
The University of Texas, Austin’s Robert Jensen calls for the US to “shift to policies designed not to allow us to run the world but to help us become part of the world.”
“Whether it was Latin America, southern Africa, the Middle East, or Southeast Asia, the central goal of US foreign policy has been consistent: to make sure that an independent course of development did not succeed anywhere. The ‘virus’ of independent development could not be allowed to take root in any country out of a fear that it might infect the rest of the developing world.”

Paying the piper
The Broker provides a mid-point roundup of the Busan debate it is hosting in the run-up to this month’s aid effectiveness conference, in which it highlights, among other things, the power imbalance inherent in the aid industry.
“Touching on the conversation about new donors, Akemi Yonemura also argues that national development plans and local priorities need to be given top priority. Both traditional and new approaches, she argues, are not necessarily needs-based. Ideas often come from donors. Recipients provide the information that donors want to hear and implement projects that donors recommend (or exclusively fund) until the donor money is exhausted. Thus some local concerns remain neglected, a sentiment echoed by Sundar Kumar Sharma. Both the donors and recipients are uncomfortable with the extent to which development is donor-driven, but phasing out this relationship is remarkably difficult once it has been established.”