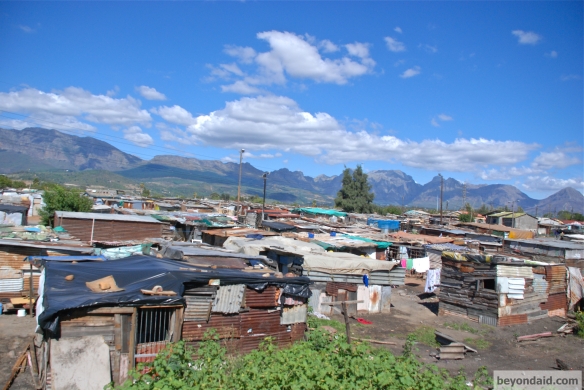 Climate fast
The BBC reports that the Philippines’ delegate to the UN’s COP 19 climate change summit in Warsaw has announced he is going on hunger strike until conference participants make “meaningful” progress:

“In an emotional speech, Yeb Sano linked the ‘staggering’ devastation caused by Typhoon Haiyan to a changing climate.
…
‘In solidarity with my countrymen who are struggling to find food back home, I will now commence a voluntary fasting for the climate, this means I will voluntarily refrain from eating food during this Cop, until a meaningful outcome is in sight.’
‘What my country is going through as a result of this extreme climate event is madness, the climate crisis is madness. We can stop this madness right here in Warsaw,’ he said.”

“The home secretary is already able to strip passports from those with dual nationality and has repeatedly said British citizenship is a ‘privilege, not a right’. Since coming to office, she has exercised this power on at least 16 individuals alleged to have links to terrorist groups.
But the Financial Times understands Ms May has asked officials to find a way of overturning international human rights conventions which prevent individuals with only one citizenship being made stateless.”

Deep-sea mining
Radio Australia reports that civil society groups in Papua New Guinea are taking the government to court over a Canadian company’s license to establish the world’s first seabed mine in PNG waters:

“The license was granted under the former [Michael] Somare government to the Canadian company Nautilus for its Solwara 1 mine.
…
[Stop Experimental Seabed Mining in the Pacific’s Wenceslas Magun] says the group’s advisors – which include scientists and lawyers – have ‘clearly indicated that there is going to be damage to the ecological system’.
‘Nobody knows what the impact of the damage is going to be to the marine ecosystem because no one has ever done seabed mining in the world,’ he said.”

“For Army leaders, Africa spells opportunity, a chance to demonstrate continuing relevance at a time when the nation’s appetite for sending U.S. troops to invade and occupy countries has pretty much evaporated.
Thus, we have U.S. Army Africa, or USARAF, the latest in the Pentagon’s ever-growing roster of military headquarters. The mission of this command, which describes itself as ‘America’s premier Army team dedicated to positive change in Africa,’ manages to be at once reassuringly bland and ominously ambitious. On the one hand, USARAF ‘strengthens the land force capabilities of African states and regional organizations.’ On the other, it ‘conducts decisive action in order to establish a secure environment and protect the national security interests of the United States.’
One might hope that successfully accomplishing the first half of that mission — U.S. troops training and equipping African counterparts — will preclude the second. More likely, however, such efforts will pave the way for ‘decisive action,’ a euphemism for war.”

History of failure
The Center for Global Development’s Kimberly Ann Elliott writes that economic sanctions had a 1.5% success rate in the 20th Century and are even less likely to work in Iran:

“Across all 204 episodes and 170 case studies analyzed, there were only three cases deemed fully successful when the issues at stake involved core national interests on both sides. And in all three of those cases, the target of the sanctions was heavily dependent, both economically and for security guarantees, on the sanctioning country.
…
None of those cases bears any resemblance to the situation that the United States and its allies face with Iran today. As I explained in this Foreign Affairs essay last week, the economic sanctions against Iran are already imposing serious economic costs on the country and tightening sanctions further is likely to create more problems than it solves. Avoiding negotiations and waiting for sanctions to force Iran to raise a white flag would delay a resolution and increase the humanitarian impact on ordinary citizens in Iran.”

Black Bruins
The Huffington Post reports on the stir caused by a spoken-word video in which UCLA student Sy Stokes calls his university, which has more national athletics championships than black male freshmen, an “institutionalized racist corporation”:

“According to the school’s enrollment statistics, African-Americans make up 3.8 percent of the student population. In the video, Stokes points out that black males make up 3.3 percent of the male student population, and that 65 percent of those black males are undergraduate athletes. Of the incoming men in the freshmen class, only 1.9 percent of them were black.
…
‘We certainly recognize that the low numbers of African Americans and other underrepresented students on campus does lead to a sense of isolation and invisibility,’ [UCLA’s Janina Montero] said in her email statement. ‘It is difficult to eliminate this painful imbalance without considering race in the admissions process.’ ”

“And now you too can experience this, for R850 a night!
This, incidentally, is more than most South Africans living in informal settlements see in an entire month. According to the latest census data, only about 15% of black South Africans are considered middle and upper class. The large majority do not make more than R1,400 a month. A whopping 61% of black people live on less than R515 a month. About 87% of white South Africans are considered middle class or above. There is some improvement, but it is at snail’s pace — the reason why the problem is so entrenched is apartheid.
But instead of critical self-examination that might lead many people to accept their own complicity in the oppression of their fellow citizens, this is what we have. Reducing the pain of poverty to an experience, that you can dip in and out of for more money than those poor shack dwellers have in a month.”