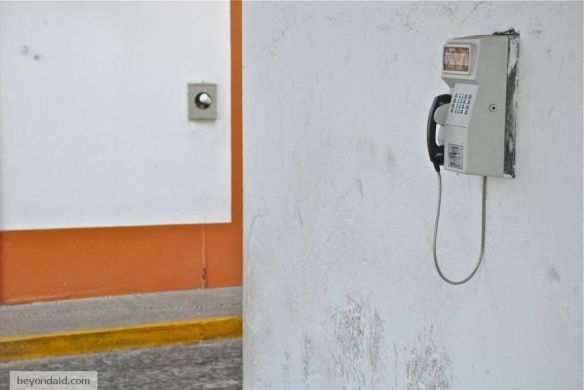 Creative accounting
The New York Times reports on the Obama administration’s controversial approach to labelling drone strike casualties.
“It in effect counts all military-age males in a strike zone as combatants, according to several administration officials, unless there is explicit intelligence posthumously proving them innocent.
…
This counting method may partly explain the official claims of extraordinarily low collateral deaths. In a speech last year [John] Brennan, Mr. Obama’s trusted adviser, said that not a single noncombatant had been killed in a year of strikes. And in a recent interview, a senior administration official said that the number of civilians killed in drone strikes in Pakistan under Mr. Obama was in the ‘single digits’ — and that independent counts of scores or hundreds of civilian deaths unwittingly draw on false propaganda claims by militants.
But in interviews, three former senior intelligence officials expressed disbelief that the number could be so low.”

Lagarde’s taxes
The Guardian reports that IMF head Christine Lagarde, who recently stirred controversy by bluntly suggesting that Greeks ought to pay their taxes, does not pay taxes.
“As an official of an international institution, her salary of $467,940 (£298,675) a year plus $83,760 additional allowance a year is not subject to any taxes.
…
According to Lagarde’s contract she is also entitled to a pay rise on 1 July every year during her five-year contract.”

Rules needed
Reuters reports that Oxfam is stepping up its calls for “legally binding global rules on weapon and ammunition sales” in the run-up to a UN conference aimed at establishing an international arms trade treaty.
“There are no internationally agreed rules governing global conventional weapons sales, the United Nations says, and Oxfam says there are more regulations applicable to the banana trade than to weapons.
The aid agency also said the estimated $4.3 billion annual global trade in ammunition is growing at a faster rate than the trade in guns and must be included in any arms treaty.
…
The United States, Syria and Egypt are among countries that have objected to the inclusion of ammunition controls in any global arms treaty, according to Oxfam.”

Avaaz ethics
The New Republic raises questions about NGO competition and self-promotion with an investigation of claims made by human rights group Avaaz about its role in Syria’s conflict.
“On the morning of February 28, the activist organization Avaaz reported that it had coordinated [photojournalist Paul] Conroy’s escape to Lebanon and that 13 activists within its network had been killed in the effort. ‘This operation was carried by Syrians with the help of Avaaz,’ read the press release. ‘No other agency was involved.’
…
A week after his escape, I called Conroy, who was recovering in a London hospital, to ask him about Avaaz’s role. ‘I can sum it up in one word,’ he said. ‘Bollocks.’ ”

Place premium
The Center for Global Development’s Charles Kenny writes about the impact of the country where one lives on one’s earning power.
“So the overwhelming explanation for who is rich and who is poor on a global scale isn’t about who you are; it’s about where you are. The same applies to quality-of-life measures from health to education. And that suggests something about international development efforts: If there’s one simple answer to the challenge of global poverty, it isn’t more aid or removing trade and investment barriers (though those can all help). It’s removing barriers to migration.
…
Unfortunately, politicians don’t seem to care about whether people born on the wrong side of the tracks have the motivation to cross over, or how much the planet benefits when they do. Instead we’ve erected a huge electrified fence to keep people out. The evidence on the place premium suggests immigration restrictions are probably the greatest preventable cause of global suffering known to man.”

State capture
Queen’s University’s Toby Moorsom writes about the danger Africa’s mining boom poses to the continent’s fragile states.
“Capital is not withdrawing from Africa, but instead, the processes of extraction are becoming more obvious as the economic basis of societies are under severe strain.
…
The reason we need to worry about these mining investments is not simply because of the human rights violations, the displacement of populations and the pollution of land that accompany them. More than that, we need to be aware of the fact that mining increases the rewards for those forces able to capture the state – regardless of how they go about accomplishing it. Warlords have little need to control the productive activities; they just need to have some control over the proceeds – or at least portions of them.”

With friends like these
Jubilee Debt Campaign’s Nick Dearden argues the World Bank and IMF have played a significant role in the famine and malnutrition that periodically drag Niger into the international media spotlight.
“After many years, debt cancellation for Niger was seen, even by the IMF, as unavoidable. Debt relief allowed Niger to improve education and increase access to safe drinking water. But it came with strings. A 19% sales tax on basic foods and rapidly rising prices put food further out of the reach of ordinary people. The sale of emergency grain reserves, a policy that has already caused famine in Malawi in 2002, did further damage to the population’s vulnerability.
These policies fed into the 2005 famine, a crisis caused not primarily by natural catastrophe – food was available but unaffordable – but by an appalling set of policy decisions. Even during a crisis there was no let-up in economic dogma. The IMF told the Niger government not to distribute free food to those most in need.”

North-South divide
In an Inter Press Service Q&A, former Brundtland Commission staffer Branislav Gosovic says the traditional divide between rich and poor countries remains “deep and intense” on the eve of the Rio+20 summit on sustainable development, which he prefers to call Stockholm+40.
“It should not be surprising that developing countries are rather suspicious of the ultimate motivations and practical implications of the recently launched concept of ‘green economy’ and of the institutional moves to create a specialised agency on environment.
…
The other conflict, less visible to the eye, has to do with the nature of the dominant socioeconomic order, or paradigm, which is challenged globally as non-sustainable socially and environmentally. This conflict is present within the North and within the South. There has been little progress in practice on fundamental issues of this kind.”