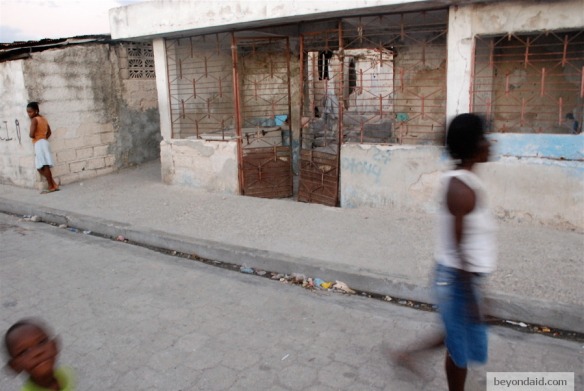 White Savior Industrial Complex
Novelist Teju Cole argues that Americans should focus on reducing the negative impacts of their own government’s actions abroad before trying to “help” by intervening in Africa.
“Let us begin our activism right here: with the money-driven villainy at the heart of American foreign policy. To do this would be to give up the illusion that the sentimental need to ‘make a difference’ trumps all other considerations. What innocent heroes don’t always understand is that they play a useful role for people who have much more cynical motives. The White Savior Industrial Complex is a valve for releasing the unbearable pressures that build in a system built on pillage. We can participate in the economic destruction of Haiti over long years, but when the earthquake strikes it feels good to send $10 each to the rescue fund. I have no opposition, in principle, to such donations (I frequently make them myself), but we must do such things only with awareness of what else is involved. If we are going to interfere in the lives of others, a little due diligence is a minimum requirement.”

Silicosis suit
Reuters reports that “the biggest class action suit Africa has ever seen” is looming for South Africa’s gold mining companies as thousands of former miners with damaged lungs join a fast-growing list of plaintiffs.
“A successful suit could collectively cost mining companies such as AngloGold Ashanti, Gold Fields, Harmony and global giant AngloAmerican billions of dollars, according to legal and industry experts. The largest settlement to date by the mining industry in South Africa was $100 million in 2003 in a case brought by [Richard] Spoor against an asbestos company.
…
It’s hard to estimate the potential size of a silicosis class action. South Africa is the source of 40 percent of all the gold ever mined. At its height in the 1980s the industry employed 500,000 men – two-thirds of them from Lesotho, Mozambique and the Eastern Cape – although production has fallen behind China and Australia and employment since halved. But silicosis can take years to show up and check-ups are at best haphazard. A 2005 study by the National Institute of Occupational Health in Johannesburg, based on autopsies of miners, suggested 52 in every 100 had the disease.”

World Bank options
Reuters also reports Nigerian Finance Minister Ngozi Okonjo-Iweala and former Colombian Finance Minister Jose Antonio Ocampo are set to become candidates for the World Bank presidency but the US “is still likely to ensure that another American will succeed” outgoing president Robert Zoellick.
“All of the World Bank’s 187 members nations have committed to a merit-based process to select Zoellick’s successor.
Emerging and developing economies have long talked up their desire to break U.S. and European dominance of the Bretton Woods Institutions, but have until now have failed to build a coalition large enough to change the status quo.”

Limiting patents
Intellectual Property Watch reports that the US Supreme Court has ruled against the right to patent “an invention that merely applies known technology to natural phenomena.”
“The ruling is likely to a major impact on the medical and biotech industry. Many methods of medical diagnoses and medical treatment are now unpatentable. And the ruling may kill patents on human genes – including Myriad Genetics Inc.’s controversial patent on two breast cancer genes. The Federal Circuit (America’s so-called “patent court”) recently upheld Myriad’s patent, but that ruling is now in trouble, according to many experts.”

Suspect behaviour
The Guardian reports the story of a former FBI informant who says the agency’s efforts to prevent terrorist plots too often consisted of entrapment.
“In the case of the Newburgh Four – where four men were convicted for a fake terror attack on Jewish targets in the Bronx – a confidential informant offered $250,000, a free holiday and a car to one suspect for help with the attack.
…
Such actions have led Muslim civil rights groups to wonder if their communities are being unfairly targeted in a spying game that is rigged against them. Monteilh says that is exactly what happens. ‘The way the FBI conducts their operations, It is all about entrapment … I know the game, I know the dynamics of it. It’s such a joke, a real joke. There is no real hunt. It’s fixed,’ he said.”

Better but…
Human Rights Watch reports that labour conditions for migrant workers are improving at an Abu Dhabi mega-construction project that includes new branches of New York University, the Louvre and the Guggenheim, but problems remain.
“In addition, Human Rights Watch found that contractors are regularly confiscating worker passports and substituting worker contracts with less favorable ones when the workers arrive in the UAE. While the developers and institutions on Saadiyat have pledged to end these practices, and the scale of the problems Human Rights Watch documented is not as bad as in 2009, the continuation of poor practices in a number of cases reflects ongoing gaps in protection. The parties that benefit from these ventures need to make an unequivocal pledge to reimburse workers found to have paid recruitment fees in contravention of existing policies. The educational and cultural institutions and local developers also need to investigate and effectively enforce penalty provisions against contractors who disregard policies meant to protect workers from abuse.”

Lowering rents
The Centre for Economic and Policy Research’s Dean Baker takes issue with the argument that the prospect of enormous profits is necessary to drive innovation.
“The question is not whether we are better off with Steve Jobs getting very rich and all the products that Apple developed, or having Steve Jobs be poor and not having these products; the question is whether it was necessary for Jobs to get quite so rich in order to get these products.
…
Suppose we paid for the research and development of prescription drugs upfront rather than by giving drug companies patent monopolies. As a result of these monopolies, drugs that would sell for $5 per prescription in a free market sell for hundreds or even thousands of dollars. The savings from this switch could potentially save us more than $200bn a year and provide us with better health care.”