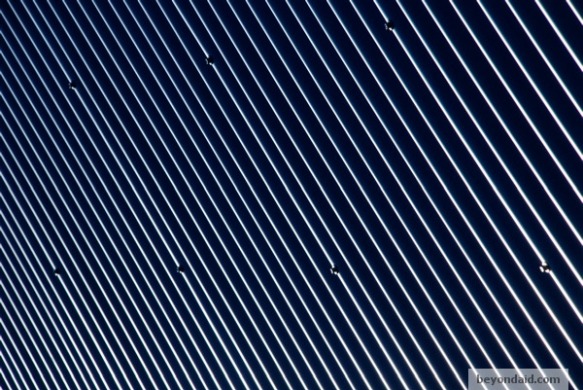 Mining tax precedent
Australia’s proposed 30 percent tax on the country’s mining industry, which is “being eyed by other resource nations in South America and Africa,” has passed the parliament’s lower house by 73 votes to 71.
“[Prime Minister Julia] Gillard wants the new tax on mining profits to pay for a company tax cut and boost pensions, helping to spread the benefits of Australia’s resources boom to other parts of the economy struggling with the global downturn.
‘This is a way in which all Australians share in the bounty of the mining boom,’ Treasurer Wayne Swan told parliament.”

Surging investor-state lawsuits
A new Institute for Policy Studies report indicates that the number of lawsuits brought before international tribunals by oil, gas and mining companies against “governments seeking to increase the benefits of those resources for their own people” has risen sharply along with commodity prices in recent years.
“Under free trade agreements and bilateral investment treaties, foreign investors have the right to file such “investor-state” lawsuits in international tribunals to demand compensation for government actions that reduce their profits.
This newly updated edition of “Mining for Profits” finds that at the most frequently used tribunal, the International Center for Settlement of Investment Disputes (ICSID), 43 of 137 pending “investor-state” cases are related to oil, mining, or gas. By contrast, one year ago there were only 32 such cases and 10 years ago there were only 3.”

Transparency not enough
A new report by the University of British Columbia’s Philippe Le Billon argues  initiatives to improve governance of the extractive industries tend not to go far enough.
“Among other priorities, transparency initiatives should demand higher disaggregation of information disclosed by extractive companies and host governments. Transparency requirements should extend beyond revenues to licensing, contracts, physical resource flows, and other production factors, as well as to public expenditure. Extractives transparency initiatives also need to integrate elements of the tax justice and tax evasion agendas in order to expand their relevance to the effort to reduce illicit financial flows.”

Accessible innovation
Intellectual Property Watch reports on a conference marking the 10th anniversary of the Doha Declaration on Trade-Related Aspects of Intellectual Property Rights (TRIPS) and Public Health, which addressed the question of how to encourage innovation while keeping medicines accessible to the world’s poor.
“‘The sustainability of access at the end of the day is going to come back to the issue how you finance R&D,’ [James Love, director of Knowledge Ecology International] said. Love argued that it is essential to de-link the prices of medicines and the development of new medicines in order to fulfil ‘the promise of Doha’ and access to medicines for all.”

Supply and demand
Agence France-Presse reports on a new World Wildlife Fund assessment of the palm oil market which suggests that, despite improvements, companies are not doing enough to ensure the oil they buy comes from sustainable sources.
“Palm plantations are considered one of the biggest threats to rainforests in countries like Malaysia and Indonesia — the source of 85 percent of world palm oil supply — as virgin forests are typically cleared to make way for them.
…
The scorecard focuses on major companies in Europe, Australia and Japan, the world’s biggest palm oil markets.
About 5.2 million tonnes of certified sustainable palm oil was produced last year — roughly 10 percent of world supply — but only 56 percent was purchased, the WWF said.”

Unsustainable food
The International Institute for Environment and Development uses the example of ketchup to illustrate how unsustainable the global food industry is.
“Analysis of the steps involved in processing ketchup – from farming the tomatoes through to packaging – to transporting and retailing that symbol of American mass consumerism reveals an alarming fact. To produce it requires a mind-boggling 150 separate processes, across several continents, according to research cited in a new book by the International Institute for Environment and Development.
It’s just one small part of a ‘staggeringly inefficient’ food system according to the new book Virtuous Circles. When the overall energy costs for producing food are taken into account – including farm machinery, transportation, processing and packaging – ‘the modern food system consumes between ten and fifteen calories of fossil fuel energy for every calorie of food energy (nutrition) produced.’”

Just say no (to the war on drugs)
The Overseas Development Institute’s Jonathan Glennie argues wealthy, recreational drug-consuming countries need to renounce the war on drugs in order to “save west Africa from a fate worse than Mexico.”
“Clearly an end to prohibition will not end the problems created by the war on drugs at a stroke, nor the problems created by drugs themselves. The gangs that are now so powerful in Colombia, Mexico and elsewhere engage in many types of crime including people trafficking and kidnapping. But one of their largest sources of income would be decimated, as prices fall in a regulated market.
Insiders are more hopeful than ever that an end to global prohibition is possible within a decade. Both Barack Obama and David Cameron, the leaders of two of the most important drug-consuming nations in the world, are on the record in their opposition to the war on drugs before they were elected. If they followed through on their promise of a rethink they could go down in history as the leaders that began one of the most important global policy shifts of our time.”

Symbolic justice
Princeton University’s Richard Falk writes about past and present efforts to address the double standard of victors’ justice that has been the international norm since the end of World War II through “societal efforts to bring at large war criminals to symbolic justice.”
“The existence of double standards is part of the deep structure of world politics. It is even given constitutional status by being written into the Charter of the United Nations by allowing the five permanent members of the UN Security Council, that is the winners in 1945, to exercise a veto over any decision affecting the peace and security of the world, thereby exempting the world’s most dangerous states, being the most militarily powerful and expansionist, from any obligation to uphold international law.”