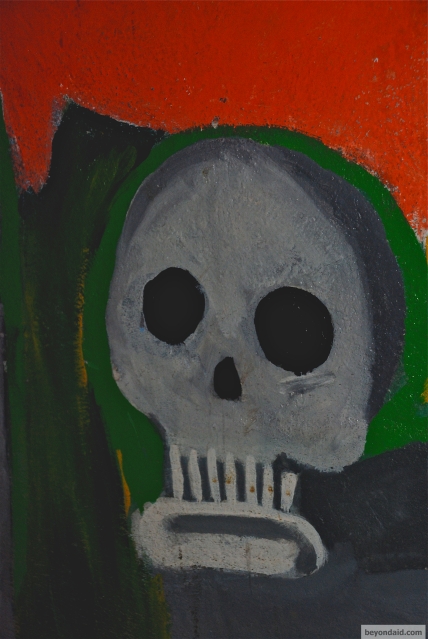 Bin Laden findings
Al Jazeera has published the report of the Abbottabad Commission, which was set up following the US “hostile military mission” that killed Osama bin Laden inside Pakistan in 2011:

“[The Abbottabad Commission] was charged with establishing whether the failures of the Pakistani government and military were due to incompetence, or complicity. It was given overarching investigative powers, and, in the course of its inquiry, it interviewed more than 201 witnesses – including members of Bin Laden’s own family, the chief of Pakistan’s spy agency, and other senior provincial, federal and military officials.
The Commission’s 336-page report is scathing, holding both politicians and the military responsible for ‘gross incompetence’, leading to ‘collective failures’ that allowed Bin Laden to escape detection, and the United States to perpetrate ‘an act of war’.”

Corruption barometer
Results of a new Transparency International global survey on corruption suggest half the world thinks the problem is getting worse:

“ ‘Governments need to take this cry against corruption from their citizenry seriously and respond with concrete action to elevate transparency and accountability,’ [Transparency International’s Huguette] Labelle said. ‘Strong leadership is needed from the G20 governments in particular. In the 17 countries surveyed in the G20, 59 per cent of respondents said their government is not doing a good job at fighting corruption.’
…
Around the world, people’s appraisal of their leaders’ efforts to stop corruption is worse than before the financial crisis began in 2008, when 31 per cent said their government’s efforts to fight corruption were effective. This year it fell to 22 per cent.”

“Belgium was doing more than shipping huge quantities of munitions to Libya. It was negotiating with Colonel Qaddafi’s government to build an arms manufacturing plant on Libyan soil. That plan failed. But in light of [Ambassador Charles] Loodts’s cable, the synchronized work of arms makers and diplomats emerges as a case of a European state trying to secure a cash flow for quantities of arms that its diplomats knew the recipient nation did not need.
Belgium would keep a hand in arms sales to Libya almost to its end, selling rifles, grenade launchers and ammunition to the colonel’s forces, officially for the defense of humanitarian aid convoys. These weapons would later be turned by Libya’s army and militia against Libyan citizens.”

Different era
Pentagon Papers leaker Daniel Ellsberg, arguing that Obama’s America is less free than Nixon’s, defends NSA leaker Edward Snowden’s decision to flee the US rather than surrender to law enforcement as Ellsberg did in the 1970s:

“[Snowden] would almost certainly be confined in total isolation, even longer than the more than eight months [Wikileaks leaker Bradley] Manning suffered during his three years of imprisonment before his trial began recently. The United Nations Special Rapporteur for Torture described Manning’s conditions as ‘cruel, inhuman and degrading.’ (That realistic prospect, by itself, is grounds for most countries granting Snowden asylum, if they could withstand bullying and bribery from the United States.)
…
But Snowden’s contribution to the noble cause of restoring the First, Fourth and Fifth amendments to the Constitution is in his documents. It depends in no way on his reputation or estimates of his character or motives — still less, on his presence in a courtroom arguing the current charges, or his living the rest of his life in prison. Nothing worthwhile would be served, in my opinion, by Snowden voluntarily surrendering to U.S. authorities given the current state of the law.”

“I really didn’t know what to expect. And then the tube went in and the first part of it is not that bad, but then you get this burning. I got this burning and then it just starts to get like really unbearable. It feels like something was going into my brain and it started to reach the back of my throat and I just really couldn’t take it.”

Evening force-feeds
The Mail and Guardian reports that the US has agreed to force-feed Guantanamo Bay detainees only at night during Ramadan out of “respect” for the Muslim holy month:

“The ‘Medical Management Standard Operating Procedure’ document leaked from the detention camp defines a hunger striker as a detainee who has missed at least nine consecutive meals or whose weight has fallen to less than 85% of his ideal body weight.
If force feeding is deemed medically necessary, medical personnel shackle the detainee ‘and a mask is placed over the detainee’s mouth to prevent spitting and biting’.
A feeding tube is then passed through the detainee’s nostril into the stomach.
The process takes about 20 to 30 minutes but they can be required to stay in the restraint chair for up to two hours until a chest X-ray confirms the nutrient has reached their stomach.”

Conquering Africa
In a Q&A with Le Monde, Jean-Pierre Chevènement, a French senator and co-author of a new report on France’s interests in the Sahel, stresses the importance of military solutions in the region:

“We fear budget cuts. With the operation in Mali, pre-positioned forces were shown to be extremely important. The centre of gravity of our military involvement must move from East Africa (knowing that in the Middle East, the US takes the lead), toward the west and northwest of the continent. Operation Serval’s logistical problems have demonstrated that access to ports – Abidjan, Dakar – was essential. We must continue to rely on ‘lily pads’, with their smaller footprint, in the Sahel.” [Translated from the French]

“Yes, that’s right, according to Brooks, a country and culture of 82 million is having a difficult time transitioning to democracy not because it has been repressed for decades, and not because it has few well-established democratic institutions, but instead because the people inherently don’t possess the cognitive (‘mental’) capacity for self-governance.”