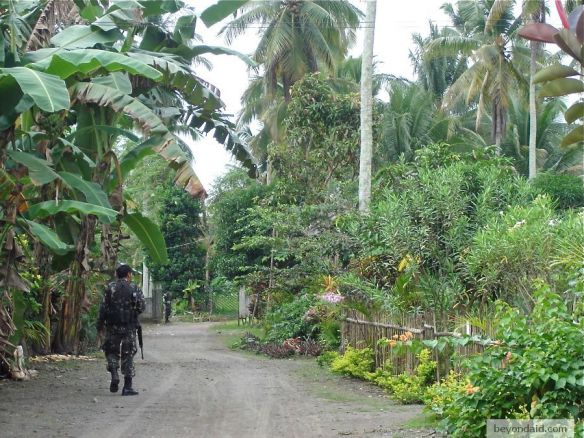 Toothless embargoes
Oxfam has released a new report that shows countries under arms embargoes have imported over $2.2 billion in weapons and ammunition since 2000.
“This figure shows the extent to which states have been flagrantly flouting the 26 UN, regional or multilateral arms embargoes in force during this period. Oxfam is calling on the international community to put an end to decades of irresponsible arms deals which devastate people’s lives by agreeing a set of legally binding laws when diplomats meet to draw up a new Arms Trade Treaty in July 2012. Oxfam wants to see the new treaty place strict, unambiguous and legal obligations on states to control the global trade in arms.”

Protecting domestic workers
Human Rights Watch commends Uruguay for becoming the first country to ratify the international Domestic Workers Convention.
“The treaty, which extends core labor rights to an estimated 50 to 100 million domestic workers, will come into legal force when it is ratified by two countries.
…
The convention requires governments to provide domestic workers with labor protections equivalent to those of other workers, including for working hours, minimum wage coverage, overtime compensation, daily and weekly rest periods, social security, and maternity protection. It also includes specific protections for children, requiring governments to establish a minimum age for domestic work and ensuring that domestic work by children above that age does not interfere with their education.”

$300M allegation
CBC reports that a former executive with Canadian engineering giant SNC-Lavalin has been accused of using shell companies to pay the Gadhafi family more than $300 million.
“CBC has no proof of the substance of the allegations contained in the “poison pen” email, nor any evidence it relates in any way to the allegations [Riadh] Ben Aissa now faces in Switzerland.
Ben Aissa is also the executive who hired Cyndy Vanier, the Canadian consultant who is sitting in a Mexican jail. She is accused of plotting to smuggle Saadi Gadhafi — who had a long history of directing billions of dollars in construction projects to Ben Aissa – out of Libya last fall.
…
What is clear is that that the December email — amid media reports of Vanier’s arrest — sparked a cascade of internal company audits, revelations of missing millions and three high-profile resignations within the company, including that of Ben Aissa prior to his arrest.”

NGO accountability
The Center for Global Development’s Vijaya Ramachandran and Julie Walz discuss the recently published independent assessment of the US government’s response to Haiti’s 2010 earthquake.
“The report makes passing references to the lack of beneficiary and local involvement, the large number of NGOs operating in the country, and the fact that many organizations came to Haiti with no previous experience in disaster management.  Yet it states that “due to time and resource constraints, we were unable to explore these topics in great detail.”  Also, the report says that “no clear baseline or reporting mechanism was established” for NGOs receiving USAID funding.  These are big issues for the USG – especially if NGOs and private contractors continue to be the main channels through which the money is being disbursed.  The USG must look at various options to increase accountability—from easily-accessible quarterly reports to the standard accounting framework offered by the International Aid Transparency Initiative.”

Cluster bomb bill
Earl Turcotte, who led the Canadian delegation during the negotiation of the Convention on Cluster Munitions, says his country’s proposed legislation concerning the banned weapons is “the worst of any country” that has ratified the treaty.
“The Harper government is seeking exceptions that, among other things, will allow a Canadian commander of a multinational force to authorize or order forces outside the convention to use, acquire, possess, import or export cluster munitions.
As well, Canadian pilots or artillery personnel can use, acquire, possess or move cluster munitions while on secondment or attachment to outside states. Canadian Forces can also transport non-party state cluster munitions on Canadian carriers.
The legislation further proposes blanket exceptions that permit Canadian Forces to, in their words, ‘aid, abet, conspire, counsel and assist non-party State forces’ to carry out or escape from acts prohibited to convention states.”

Gods & consumers
Author Homero Aridjis writes that he was not surprised to hear that Wal-Mart was accused of paying $24 million worth of bribes in Mexico, given the histories of the company and his country.
“Walmart already had a history of controversial behavior in Mexico. Most notably, in November 2004, despite widespread opposition, the company opened a 72,000-square-foot store within the boundaries of the 2,000-year-old city of Teotihuacán, which features the Pyramids of the Sun and the Moon (“the place where men became gods” — or consumers?). Walmart has also built a supermarket on forested land in the resort town of Playa del Carmen, in Quintana Roo — though the permit for the building later turned out to have been granted for another site, on the island of Cozumel. The question now is who allows this, and in exchange for what?”

Legal hype
The University of Virginia’s Brandon Garrett argues that the growing number of companies being prosecuted under the Foreign Corrupt Practices Act does not necessarily mean that corporate accountability is thriving in America.
“Most of these FCPA cases are self-reported by the corporation itself — not uncovered by intrepid police-work. They should not make us think prosecutors now have enough resources to take on major corporations. After all, corporations routinely spend hundreds of millions of dollars on FCPA investigations and defense costs; prosecutors can hardly command such resources. Foreign corporations now pay the largest FCPA fines, and my data from the past decade shows that foreign corporations pay larger fines across a whole range of crimes.”