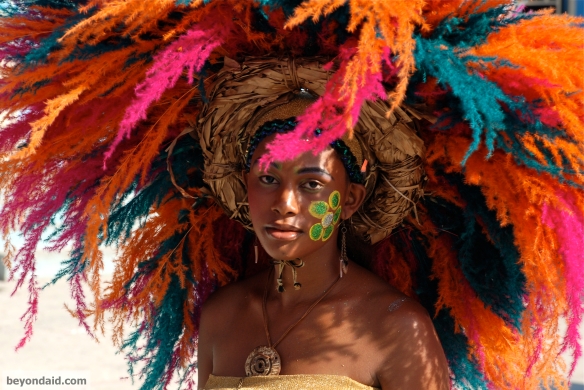 Drawdown
The New York Times reports that US President Barack Obama, in his annual State of the Union address, declared his intention to withdraw just over half of American troops from Afghanistan by the end of next year, at which point “our war in Afghanistan will be over”:

“Administration officials said last year that they would determine the size and composition of the American presence after 2014 before determining the withdrawal schedule. But on Tuesday, officials said that Mr. Obama had not yet made a decision on the post-2014 force, which is likely to number no more than 9,000 or so troops and then get progressively smaller.
…
There still appears to be a debate within the administration about the plans. Officials said there was a reluctance to go public with a final number of troops and a description of their missions while still in the early stage of negotiating a security agreement with the Afghans over retaining a military presence after 2014.”

“The decision by EU countries and the US to become even more actively involved militarily will likely only worsen the situation. More military aid to countries in the region means even more weapons and resources to go around. More foreign military personnel means more potential targets, maybe providing the incentive for thus-far local terrorist groups to adopt a more global agenda, as with al-Shabaab in Somalia. And increased terrorist activity will sooner or later lead to calls for drones to be armed and the Sahara to become the latest theatre in the ‘shadow drone war’. All these dynamics will introduce new layers of violence.”

Kidnap collaborators
Reuters reports that an Italian court has sent the country’s former spy chief and his deputy to jail over their role in the “rendition” of an Egyptian cleric:

“An American former CIA station chief was earlier this month given a seven-year jail sentence after imam Abu Omar was snatched from a Milan street in 2003 and flown to Egypt for interrogation during the US “war on terror”.
Milan appeals court judges sentenced Niccolo Pollari, former head of the Sismi military intelligence agency, to 10 years and jailed his former deputy Marco Mancini for nine years.”

Taxing business
The Tax Justice Network calls a new corporate taxation report by the Organisation for Economic Co-operation and Development “a potential game-changer”:

“That is a tacit admission by the OECD that the network of international tax treaties, which are drawn up substantially under the guidance of OECD models, constitute an obstacle to progress. Does that last sentence open the door to the potential for a multilateral tax treaty among key states, overriding the current mess of bilateral treaties that collectively help cement the separate-entity principle? Time will tell.
The OECD has also in the past spoken repeatedly about the perils of ‘double taxation’ of corporations due to overlapping tax claims of different jurisdictions, but has been far less interested in talking about ‘double non-taxation’ – that is, where the corporation gets taxed nowhere. We are delighted to see several references to double non-taxation in this report.”

Seed control
The Center for Food Safety (CFS) and Save our Seeds have released a new report arguing current intellectual property rules have led to “a radical shift to consolidation and control of global seed supply”:

“Among the report’s discoveries are several alarming statistics:
• As of January 2013, Monsanto, alleging seed patent infringement, had filed 144 lawsuits involving 410 farmers and 56 small farm businesses in at least 27 different states.
• Today, three corporations control 53 percent of the global commercial seed market.
• Seed consolidation has led to market control resulting in dramatic increases in the price of seeds. From 1995-2011, the average cost to plant one acre of soybeans has risen 325 percent; for cotton prices spiked 516 percent and corn seed prices are up by 259 percent.”

“The financial engineering performed by Associated British Food’s Zambian sugar operations follow an all-too familiar pattern of tax liability reduction. Pre-tax profits of $123m generated since 2007 have been whisked away through the tax havens of Ireland, Mauritius, the Netherlands and Jersey, depriving Zambia of some $17.7m. That’s enough to put 48,000 additional Zambian children in school a year.
…
On top of these fairly standard tax avoidance schemes, the company also won a court case against the Zambian government, enabling it to exploit a tax break originally designed to support domestic farmers. This saw its tax rate tumble from 35% to just 10%, costing a further $9.3m of revenue. We estimate Zambia has lost $27m in total – a huge sum for one of the poorest countries in the world.”

Literary drone therapy
Struggling to understand how “an elegant and literate man with a cosmopolitan sense of the world” such as Barack Obama came to embrace remote-control assassinations so completely, writer Teju Cole reworks the opening lines of seven famous books:

“Mrs. Dalloway said she would buy the flowers herself. Pity. A signature strike leveled the florist’s.
Call me Ishmael. I was a young man of military age. I was immolated at my wedding. My parents are inconsolable.
Stately, plump Buck Mulligan came from the stairhead bearing a bowl of lather. A bomb whistled in. Blood on the walls. Fire from heaven.
I am an invisible man. My name is unknown. My loves are a mystery. But an unmanned aerial vehicle from a secret location has come for me.
Someone must have slandered Josef K., for one morning, without having done anything truly wrong, he was killed by a Predator drone.
Okonkwo was well known throughout the nine villages and even beyond. His torso was found, not his head.
Mother died today. The program saves American lives.”

Necessary struggle
350 Massachusetts’s Wen Stephenson calls for the climate-justice movement to “embrace its radicalism” in the fight against global warming, a fight he compares to the 19th Century struggle to abolish slavery:

“What resonates, then, is not so much the analogy to slavery itself, or any literal comparison to abolitionist actions, but the role of the abolitionist movement, as a movement, in American and human history — and the necessity now of a movement that is every ounce its morally and politically transformative equivalent.”