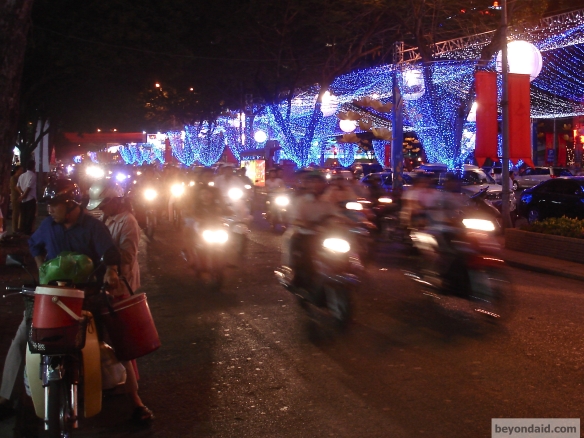 “1/ When your only source for the number of ‘militants’ killed is ‘anonymous security official,’ highlight that fact & use ‘alleged militant’
2/ Follow it by noting the well-documented history of officials providing mistaken or false information about who was killed in a strike.
3/ Include a paragraph noting: many reports alleging civilian harm from past strikes; generalized civilian fear; strike legality debates.
4/ Ask a US official to go on record about the strike. Report their refusal to & link to Obama & Brennan’s many past transparency promises.”

Insult to injury
The Washington Post reports that a US company recently cleared of involvement in torture at Iraq’s Abu Ghraib prison wants former detainees to pay its legal expenses:

“The plaintiffs oppose the move, arguing that [CACI International] is out of time and that the request is unjust.
The plaintiffs ‘have very limited financial means, even by non-U.S. standards, and dramatically so when compared to the corporate defendants in this case,’ the filing said. ‘At the same time, plaintiffs’ serious claims of torture, cruel, inhuman and degrading treatment, and war crimes were dismissed on very close, difficult — and only recently arguable — grounds.’ ”

“Rubber giants Hoang Anh Gia Lai (HAGL) and Vietnam Rubber Group (VRG) are accused of causing extensive social and environmental damage in and around their plantations in Cambodia and Laos, according to Global Witness’s May 2013 report and film, Rubber Barons.
…
Meanwhile, HAGL’s Chairman Duc has used the media to trade heavily on the company’s close relationship with Arsenal. Media reports state that HAGL is the club’s main distributor for merchandise in Vietnam, while the partnership also includes the HAGL – Arsenal JMG Academy, and saw the London club play a Vietnam XI on a recent trip sponsored by the company.”

Under wraps
McClatchy reports that US Congress actually has the ability to declassify certain documents without obtaining executive permission:

“The legislation that established the [Senate Intelligence Committee] called for it to ‘provide vigilant legislative oversight over the intelligence activities of the United States.’
As a part of this oversight, Section 8 of the resolution lays out a process by which a member of the Intelligence Committee may seek the declassification of information that he or she thinks is of public interest, even if the executive branch labels the material top secret.
…
‘If the Intelligence Committee cannot release its most important oversight piece, that calls into question the existence of the committee. What is it for, if it cannot provide the public with its most important report?’ [Federation of American Scientists’ Project on Government Secrecy director Steven Aftergood] said.”

Avoiding transparency
A group of NGOs has sent a letter to US President Barack Obama expressing concern over “serious informational gaps” in American companies’ legally required reporting on their investments in Myanmar:

“Yet in three separate reports, two related investment funds, Capital Bank and Trust Company and Capital International Inc. (collectively, ‘Capital’) declined to report on their human rights, worker rights, anti-corruption, and environmental policies and procedures, arrangements with security service providers, property acquisition practices, payments to the Burmese government, or even the general nature of their investments in Burma. In fact, Capital provided no detail about the extent and nature of these investments, and justified its failure to report on the grounds that its investments in Yoma Strategic Holdings, Ltd. (‘Yoma’) are merely ‘passive.’
The fact that Capital believes it has no responsibility to manage the impacts of its investments is especially disturbing because Yoma has operations in plantation agriculture and real estate, sectors that are notorious for land confiscation, labor abuse, and environmental destruction.”

Ancestral domains
Bulatlat reports on the impacts of “development aggression” on the indigenous peoples of the Philippines:

“In 2012, of the approved mining permits of the Mines and Geosciences Bureau (MGB), 60 percent of the more than a million hectares of land opened for mining are within the ancestral domains of indigenous communities. Concurrent with these mining operations are various ventures of agrofuel plantations that cover more than a million hectares in different parts of the country. Large dams, logging and new forms of land grabbing such as the use of priority and usufruct rights to privatize and commercialize indigenous lands, implementation of renewable energy projects, without genuine free, prior and informed consent (FPIC) are evident in indigenous communities.”

Glomarizing drones
Wired reports that the US government is once again refusing to confirm or deny that it carries out targeted killings in order to avoid having to hand over any information regarding drone strikes:

“The [Freedom of Information Act] litigation dates to 2010, when the [American Civil Liberties Union] sued in federal court seeking records concerning the legal basis for carrying out targeted drone killings; any restrictions on those who may be targeted; any civilian casualties; any geographic limits on the program; the number of targeted killings that the agency has carried out; and the training, supervision, oversight, or discipline of drone operators.
But the Obama administration is now claiming that the government does not have to fork over any responsive documents in the ACLU’s lawsuit because, in the end, the CIA has never ‘officially’ said it has been involved, so the CIA can maintain its Glomar response.”

Total independence
The BBC reports that Zimbabwe’s newly re-elected President Robert Mugabe has said that the “indigenization” of his country’s economy represents the “final phase of the liberation struggle”:

“Foreign-owned companies are already supposed to ensure they are at least 51% locally owned – a policy which some analysts say has scared off potential investment from abroad.
Reuters news agency reports that the local operations of foreign-owned mining companies have already been targeted, while banks could be next.
…
His critics say much of the land seized from white farmers was either given to his cronies or to people who lacked the expertise or resources to use it productively.
He retorts that Western powers are sabotaging Zimbabwe’s economy because of his anti-colonial stance.”