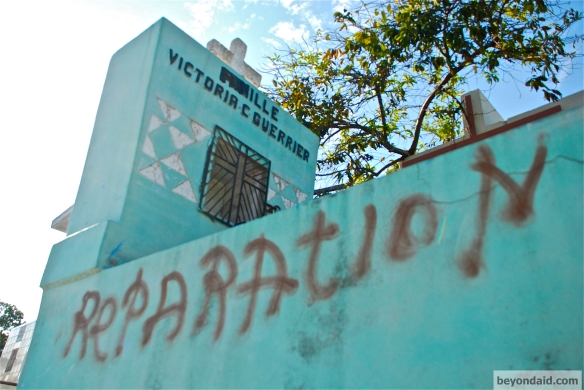 Rising toll
Reuters reports that the number of migrants found dead in the desert of northern Niger has climbed to 92, the majority of whom were children:

“The mayor of Arlit, Maouli Abdouramane, said 92 bodies had been recovered after days of searching – 52 children, 33 women and seven men.
‘The search is still going on,’ Abdouramane told Reuters by telephone. He said the victims were all from Niger but their final destination was unclear.
…
The bodies were strewn across the desert over a large distance, to within 20 km (12 miles) of the border with Algeria, a second military source said.”

“ ‘This sets such an important global principle… You have to have someone who makes a stand on principle and then gets the world to follow. In this case it’s the UK,’ said Gavin Hayman of the anti-corruption group Global Witness.
Efforts to improve transparency in the European Union are currently being debated, and recent legislative proposals in the United States could tackle company ownership disclosure. Hayman said neither was expected to quickly follow Britain’s lead.
[UK Prime Minister David] Cameron’s efforts to clamp down on tax evasion have been complicated by the fact that Britain is seen as a market leader in providing access to offshore tax havens in former British colonies.
‘We’ve found the UK has been one of the pillars of financial secrecy in the past so this is quite a significant shift,’ Hayman said.”

The other 10%
The Tax Justice Network’s Richard Murphy, however, argues the UK’s newly promised public register of companies’ true owners will be “a damp squib of a reform”:

“Sure, 90% of companies will publish their beneficial owners – but they will be the ones where legal and beneficial ownership is the same. It is the other 10% who are the problem and many of those will actively seek loopholes in an arrangement if there is no way of proving if what they declare is right or wrong and the agency responsible for doing so is denied the resources it needs to enforce the law.”

On schedule
The BBC reports that the Organisation for the Prohibition of Chemical Weapons believes Syria has destroyed its “declared equipment for producing, mixing and filling chemical weapons” within the prescribed timeframe:

“OPCW head of field operations Jerry Smith told the BBC that his team had ‘personally observed all the destruction activities’.
‘They are not now in a position to conduct any further production or mixing of chemical weapons,’ he said.
…
More than 1,000 tonnes of chemical precursors – the raw materials – remain to be removed and destroyed by the middle of next year, which our correspondent says will be a delicate and difficult process.”

Cholera update
Inter Press Service reports that there is “no end in sight” for Haiti’s deadly, UN-triggered cholera epidemic:

“In a single week between Oct. 19 and Oct. 26, the Pan-American Health Organisation reported 1,512 new cases and 31 deaths. New cases are reported in all 10 departments.
…
The spread of cholera in Haiti, which has killed more than 8,300 and infected over 680,000 people since October 2010, has been blamed on Nepali peacekeepers who are part of the 9,500‑strong U.N. Stabilisation Mission in Haiti (MINUSTAH).
The United Nations has refused demands for compensation. Earlier this month, an advocacy group filed a lawsuit seeking reparations from the world body on behalf of the cholera victims.
…
‘I wish a creative solution could be found whereby the Haitian victims would get some modest amount of financial support on humanitarian grounds, without the U.N. having to give up its diplomatic immunity,’ [former U.N. Assistant Secretary-General Kul Gautam] said.”

“Human rights are a vital tool for reframing international development in ways that set out our collective responsibilities to find a just global settlement. But to have traction, rights have to be understood as more than the traditional package of liberal rights. Other sorts of rights – social, economic, gendered, cultural – are also critical.
Action is needed much earlier in the life cycle of global injustice. It is not enough to protest once abuses are happening. Global justice means, above all, making arguments for urgent structural transformation to the global political economy.”

Vulture’s charters
The World Development Movement’s Nick Dearden points to the Children’s Investment Fund as an example of a sweetly named UK organization that uses bilateral investment agreements to “run roughshod over the rights of ordinary people” in other countries:

“Whether India’s policy was right or wrong is beside the point. Rather we have to ask whether it is the right of a British hedge fund to dictate the energy policy of a state. This is by no means an isolated example. Globally there are 2,833 bilateral investment agreements, many offering companies access to ‘dispute mechanisms’ which allow them to by-pass national courts and uphold their so-called rights over and above the duty of governments to protect and represent their citizens.
Back home, the owner of TCI, Chris Hohn, is one of the biggest ‘philanthro-capitalists’ in the world, investing profits in a mega-charity the Children’s Investment Fund Foundation. Even if multi-billionaire philanthropists could solve world poverty, they will certainly not do so when their profits are derived by undermining the sovereignty of countries to represent their own people.”

Science says revolt
The Shock Doctrine author Naomi Klein argues that the results of scientific research suggest humans need to take a stand against the current political and economic orthodoxies:

“[University of California, San Diego’s Brad Werner] isn’t saying that his research drove him to take action to stop a particular policy; he is saying that his research shows that our entire economic paradigm is a threat to ecological stability. And indeed that challenging this economic paradigm – through mass-movement counter-pressure – is humanity’s best shot at avoiding catastrophe.
…
And for any closet revolutionary who has ever dreamed of overthrowing the present economic order in favour of one a little less likely to cause Italian pensioners to hang themselves in their homes, this work should be of particular interest. Because it makes the ditching of that cruel system in favour of something new (and perhaps, with lots of work, better) no longer a matter of mere ideological preference but rather one of species-wide existential necessity.”