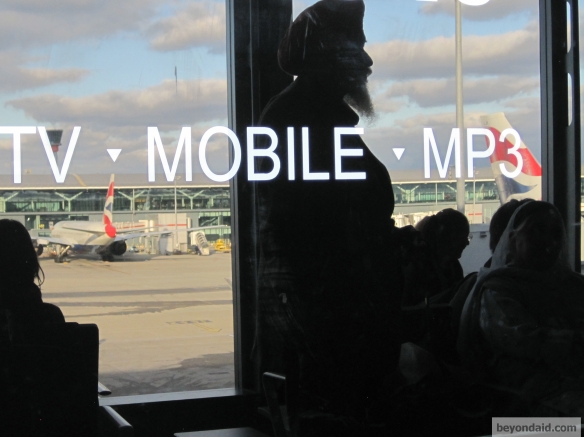 Double Standard
Guardian columnist Michael Cohen asks why the US reacts so strongly to “terror” and so meekly to far deadlier threats, such as gun violence and diabetes:

“So for those of you keeping score at home – locking down an American city: a proper reaction to the threat from one terrorist. A background check to prevent criminals or those with mental illness from purchasing guns: a dastardly attack on civil liberties. All of this would be almost darkly comic if not for the fact that more Americans will die needlessly as a result. Already, more than 30,000 Americans die in gun violence every year (compared to the 17 who died last year in terrorist attacks).
…
It’s not just firearms that produce such legislative inaction. Last week, a fertiliser plant in West, Texas, which hasn’t been inspected by federal regulators since 1985, exploded, killing 14 people and injuring countless others. Yet many Republicans want to cut further the funding for the [Occupational Safety and Health Administration] that is responsible for such reviews. The vast majority of Americans die from one of four ailments – cardiovascular disease, cancer, diabetes and chronic lung disease – and yet Republicans have held three dozen votes to repeal Obamacare, which expands healthcare coverage to 30 million Americans.”

Multilateral smokescreen
The UN News Centre reports that a number of international experts have called on the World Bank to ensure its investments do not contribute to human rights violations:

“[Independent Expert on foreign debt and human rights, Cephas Lumina] said it was no longer acceptable to use the excuse that the World Bank is precluded by its Articles of Agreement from taking human rights into consideration in the design and implementation of its policies and projects.
‘The Articles allow, and in some circumstances, enjoin the Bank to recognize the human rights implications of its development policies and activities,’ Mr. Lumina said. ‘We should not forget that States must also adhere to their international law obligations when they act through international organizations. The World Bank is no exception.’ ”

“Since elected in 2006, his government has entered into negotiations for more than 50 free trade agreements and foreign investment protection and promotion agreements (FIPAs for short).
…
Our new trade partners include Mali, Tanzania, Colombia, Ecuador, Peru, Panama and a whole lot of others who have no serious investments in Canada. But our mining companies have billions invested in them.
…
There are no provisions in these agreements for prior consultation with groups most affected. Clauses prohibiting expropriation of any kind and protecting investment so favour corporations that it is very difficult for a Third World country to buck the wishes of a Canadian-owned mining company, even if its government wanted to.”

Growing protest
The Independent reports that over half the inmates at the Guantanamo Bay prison are now on hunger strike:

“The number of prisoners on hunger strike has risen to 84, an increase of 32 since last Wednesday, with 16 now receiving ‘enteral feedings,’ a process involving being force-fed via tubes.
…
It has been four years since President Obama pledged that the detention facility in Guantanamo Bay, repeatedly criticised by human rights organisations, as well as prominent American public figures, would be closed down. Instead, his administration is now considering a $200 million renovation project, which will include the construction of a new prison building for so-called ‘high-value’ prisoners.”

“Yet if these systems and agreements exist only between developed nations and tax havens—and until developing countries participate in a similar system or agreements of their own—the progress we’ve made will have little effect on economic development and acute poverty.
But this is not a note of pessimism or caveat. The news this week on automatic tax information exchange is unequivocally good. The world needs the United States and Europe to blaze this path because, in all honesty, those are the only nations with the political power necessary to turn the tide on this.”

Tax challenged
Reuters reports that the UK government has launched a legal challenge against a financial transaction tax in the euro zone:

“Britain was concerned that the planned tax would affect transactions carried out beyond the borders of countries that sign up for it, Chancellor George Osborne said on Friday.
‘We’re not against financial transaction taxes in principle … but we are concerned about the extra-territorial aspects of the (European) Commission’s proposal,’ he said on the sidelines of meetings of finance leaders at the International Monetary Fund.
…
A pan-EU proposal for the tax failed due to opposition from Britain, home to the City of London and Europe’s largest financial services industry, as well as other member states including Sweden.”

“This summer, President Obama will attempt to fast-track two trade deals — the Trans Pacific Partnership and the Transatlantic Free Trade Agreement —which are permanent power grabs by corporations and their financers. For Americans this means increased gas exports and increased imported foods, an undermining of our domestic laws and increasing corporate ownership of our natural resources. They will forever enshrine the very economic system that has lead to an ever greater imbalance in income and wealth, and increasingly frequent economic crises. And it will all be enforced by new international tribunals akin to the WTO.”

Indeed, it is worth pointing out that in the eight years after 9/11, the number of jihadist attacks in Europe represented less than 1% of total terrorist incidents on the continent.
…
We have been here before, of course. Each new wave of immigration provokes the same fears before newcomers are assimilated into evolving nations. After Irish immigration rose and Fenian bombs started going off in Victorian Britain, there were claims the country’s stability was at risk from adherents of an alien religion who owed loyalty to an authoritarian figure in Rome.