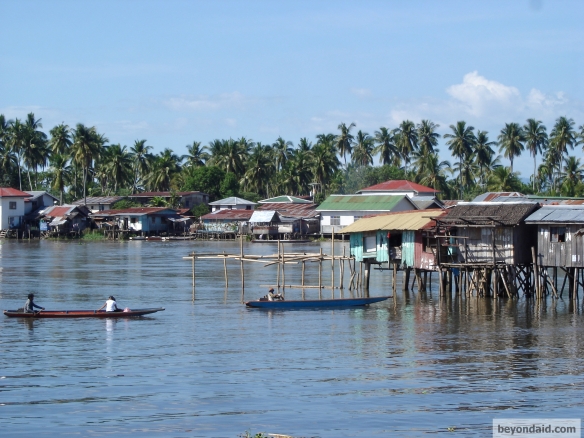 Cabinet pick
The Washington Post’s Greg Sargent writes that US President Barack Obama’s nomination of drone czar John Brennan as the new head of the CIA presents an opportunity for the country (and the world) to move beyond “gray wars with gray rules”:

“What if Senators use his confirmation hearings to force a public debate about the legality and transparency of Obama’s drone strike program and the need for meaningful Congressional oversight of the program? The hearings could also initiate a conversation about the legacy of Bush era torture, other aspects of the Bush war on terror, and the areas of continuity between the two administrations on civil liberties issues.
…
‘We absolutely should have this debate,’ Steve Clemons, a foreign policy expert at the New America Foundation, tells me. ‘We still live with the legacy of the world that Dick Cheney and George Bush built — one that is not internationally sanctioned. One of the ways Obama and Brennan can restore America’s global leverage is to help lay out a blueprint for a new global social contract for a world with wars like those of today.’ ”

Development profiteering
The Guardian reports on calls for the World Bank, the British government and private investors to return “excessive” profits from a smelting project in Mozambique that uses 45% of the country’s electricity:

Strange catch
Agence France-Presse reports that fisherman have retrieved a crashed US drone in the waters off the central Philippines:

“In an interview with AFP last year, President Benigno Aquino confirmed that the Philippines has been allowing US drones to overfly its territory for reconnaissance flights, but were not allowed to make strikes.
About 600 US forces have been rotating in the southern Philippines since 2002 as part of the US government’s global war on terror.
However the drone was found in Masbate, many hundreds of kilometres from the Muslim insurgency-racked areas where no US troops are known to operate.
Masbate is one of the areas where communists waging a decades-long rebellion have long operated.”

Not this time?
Reuters reports that although the Central African Republic has experienced the “most frequent and blatant French military interference” in post-independence Africa, France insists it will not take sides in the country’s latest conflict:

“Despite appeals by [CAR President Francois] Bozize to ‘our cousins’ Paris and Washington for help, France said its several hundred troops in its landlocked former colony were there solely to protect French nationals and interests and not the local government.
‘This time the message was very clear, that “we are not here to save the regime”,’ said Thierry Vircoulon, Central Africa project director for International Crisis Group.”

“At least as posted on the website of the OECD’s statistics bureau, the US claimed that 2010 FDI data by US companies in twelve African countries (almost all resource-rich) was ‘confidential’. What’s more, in 2010 the second most popular destination for US FDI flows to Africa was … Mauritius (a tax haven) where US firms sent $1860 million.”

Breach of trust
George Washington University’s Lynn Goldman and Johns Hopkins University’s Michael Klag argue the US must take steps to atone for its role in precipitating the lethal violence that has been unleashed against polio vaccine providers in Pakistan:

“A massive vaccination effort like this one requires a bond of public trust, one that was broken by the CIA. The U.S. took the first step toward repairing the atmosphere of mistrust by admitting to the sham vaccination effort. Now, the president and Congress must take the next step by erecting a firewall between public health programs, like the global polio initiative, and espionage or other covert operations conducted by the CIA.
They should follow action taken by former Peace Corps director Sargent Shriver, who in 1961 won assurances from President John F. Kennedy that they would not infiltrate the ranks of the Corps. Shriver believed ties to the CIA could jeopardize the Peace Corps’ mission and put young volunteers at risk, especially in countries that were already suspicious of the program.”

Military throwback
The Sunday Times reports that a group of businessmen is assembling “Britain’s first private navy in almost two centuries” to take on piracy off Africa’s east coast:

“Its armed vessels – including a 10,000-ton mother ship and high-speed armoured patrol boats – will be led by a former Royal Navy commodore. He is recruiting 240 former marines and other sailors for the force.
…
The Britons intend to sail under a sovereign flag which will give them the legal right to carry their weaponry into harbour, rather than cache them on platforms in international waters.
[Simon] Murray is chairman of Glencore, one of the world’s largest commodities traders. He is backing the new force alongside other investors.”

“The buck is passed around, and there are several victims: The workers don’t earn what they deserve, correctly employed labourers face pressure on their wages, and properly operating companies are confronted with unfair competition.
…
Swiss labour unions have demanded laws making general contractors legally accountable for misconduct by its subcontractors, so-called ‘chain liability’. General contractors are only freed from responsibility if they can show to have ensured that their subcontractors abide by the law.
The neo-liberal lobby along with the Swiss Employers’ Association has launched a much weaker counter-proposal. They want general contractors to be freed of any legal responsibility if their direct subcontractor simply signs a contract pledging to respect Swiss wage and labour conditions.”