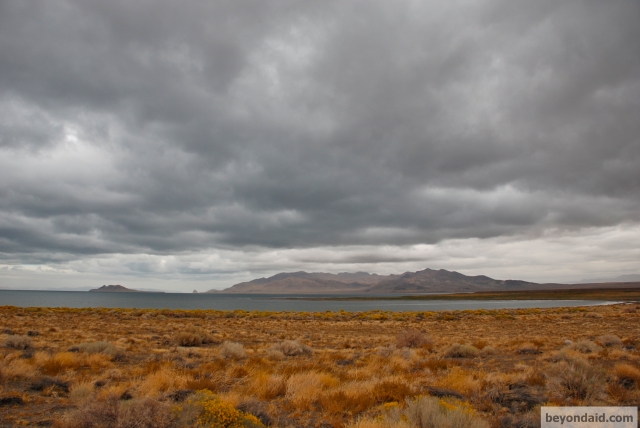 “Guns, like capital flows, have their legitimate uses, but they can also produce catastrophic consequences when used accidentally or placed in the wrong hands. The IMF’s reluctant endorsement of capital controls resembles the attitude of gun-control opponents: policymakers should target the harmful behavior rather than bluntly restrict individual freedoms. As America’s gun lobby puts it, ‘Guns don’t kill people; people kill people.’ The implication is that we should punish offenders rather than restrict gun circulation. Similarly, policymakers should ensure that financial-market participants fully internalize the risks that they assume, rather than tax or restrict certain types of transactions.
…
Most societies control guns directly because we cannot monitor and discipline behavior perfectly, and the social costs of failure are high. Similarly, caution dictates direct regulation of cross-border flows.”

Profit sharing
In a Reuters interview, Ghana’s President John Dramani Mahama pledges to push foreign oil and mining companies to give his country a bigger share of profits from the extraction of its natural resources:

“ ‘With regards to the oil, our main problem is with income taxes,’ [Mahama] said, pointing out that Tullow’s contract allowed it to avoid income tax payments until it has recovered the costs of bringing a field into production.
‘We could use that revenue, so if we had a way of getting some payments on income taxes, on account even, that is something we would want to look at,’ he said.
…
Ghana is in the midst of discussions with gold-mining companies to improve terms. Mahama said the state was seeking to loosen up so-called ‘stability agreements’ held by some firms that lock in royalty and tax rates.
Ghana this year raised royalties on gold to five percent from three percent, a change that did not apply to miners like AngloGold Ashanti and Newmont protected by stability agreements.”

Cui bono
The Center for Global Development’s Julie Walz and Vijaya Ramachandran write that, nearly three years on from Haiti’s devastating earthquake, the vast majority of the assistance money disbursed has not gone to Haitians:

“Here is what we found from the data collected by the Office of the Special Envoy for Haiti:

Killer handbags
The Guardian reports on the health impacts of luxury leather goods on those who make them in Bangladesh:

“According to the World Health Organisation, 90% of Hazaribagh’s tanning factory workers will die before they’re 50. Half – some 8,000 – have respiratory disease already. Many of the workers are children.
Thousands more Bangladeshi lives are blighted by the millions of litres of waste that pour, untreated, from the tannery district gutters, through a crowded housing area, and into Dhaka’s main river.
…
Yet the industry in the heart of Bangladesh’s capital is booming, because high-quality ‘Bengali black’ leather, much in demand by European leather goods makers, is cheap. A new Human Rights Watch (HRW) report claims that’s chiefly because of the factories’ refusal to clean up or pay decent wages, and the Bangladeshi government’s failure to step in despite repeated promises. The industry, worth half a billion pounds in exports last year, is crucial to this desperately poor country.”

Mutual responsibility
Global Financial Integrity’s Sarah Freitas writes that Zambia lost $8.8 billion in illicit financial flows (defined as “the proceeds of crime, corruption, and tax evasion”) in the last decade, a problem that no single country can tackle alone:

“These illicit outflows come on top of tremendous outflows from legal corporate tax avoidance. $2 billion is lost yearly to tax avoidance by multinational corporations operating in Zambia, according to Zambian Deputy Finance Minister Miles Sampa. Most of this tax avoidance is due to abusive transfer pricing–which is a type of quasi-legal trade misinvoicing–in the mining sector.
…
Zambia has the natural resource wealth to dig (literally and figuratively) its way out of poverty, but only if the West acts at the same time. Zambia can’t do this alone. The extra money could be siphoned off to the offshore bank accounts of corrupt public officials, or companies could find new ways to legally pretend that their profits were made elsewhere. The global shadow financial system–a network of secrecy laws, tax havens, shell corporations, and banks like HSBC without real money laundering controls–facilitates both illicit financial flows and pernicious corporate tax avoidance. We need to break this system down. We can start by reforming international customs and trade protocols to detect and curtail trade misinvoicing and requiring the country-by-country reporting of sales, profits and taxes paid by multinational companies.”

Above the law
Rolling Stone’s Matt Taibbi rejects the thinking that US criminal charges against HSBC executives for laundering Mexican cartel money could have jeopardized global financial stability:

“There is no reason why the [US] Justice Department couldn’t have snatched up everybody at HSBC involved with the trafficking, prosecuted them criminally, and worked with banking regulators to make sure that the bank survived the transition to new management. As it is, HSBC has had to replace virtually all of its senior management. The guilty parties were apparently not so important to the stability of the world economy that they all had to be left at their desks.
So there is absolutely no reason they couldn’t all face criminal penalties. That they are not being prosecuted is cowardice and pure corruption, nothing else.”

Bunker mentality
Inter Press Service reports that Western countries continue to block an international conference on migration called for a UN General Assembly resolution back in 1993: