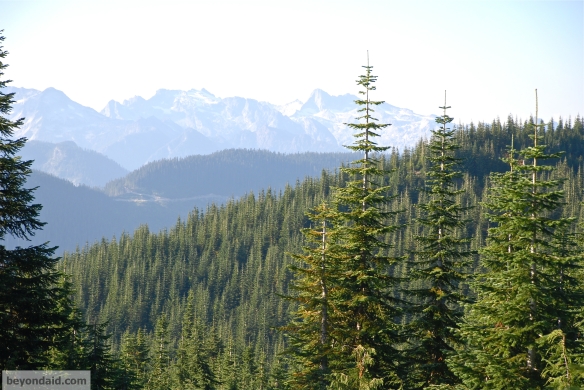 Green deserts
The Guardian reports on concerns over genetically modified eucalyptus plantations, which are being hailed by some as a future source of renewable energy:

“But conservationists, long opposed to such forests because of the ecological and social damage, claim the plantations are unpopular and that GM trees encourage felling of natural forests to make way for the ‘green deserts’.
‘The dramatic and dangerous impacts of non-GM industrial eucalyptus plantations are well known and include invasiveness, desertification of soils, depletion of water, increased threat of wildfire and loss of biodiversity,’ says Anne Petermann, director of the Global Justice Ecology Project in the US. ‘In Brazil, these plantations are called “green deserts” because nothing can grow in them. Now they want to genetically engineer them, which will make them even more destructive.’
She fears GM trees will put further pressure on the Amazon by encouraging firms to move deeper into the natural forest and will displace communities.”

Recognition of rights
A new report by EJOLT (Environmental Justice Organisations, Liabilities and Trade) examines 24 cases of mining conflict around the world:

“The analysis helps us understand the links between mining conflicts, the quest for economic growth and the metabolism of economies as well as the role of ecologically unequal exchanges.
…
In mining conflicts the problem is not always one of ‘cleaner production’ or ‘environmental standards’ but more of recognition of rights. As in other social movements, recognition as a legitimate partner in the debate is as important as the distributional outcome.”

Destructive policy
Inter Press Service reports that disgraced ex-CIA head David Petraeus’s green-lighting of the punitive destruction of Afghan villages “not only violated his own previous guidance but the international laws of war”:

“Petraeus himself clearly approved the general policy allowing the destruction of villages by Flynn and other commanders in Kandahar in late 2010. Flynn told Ackerman he had sent his plan up the chain of command and believed that International Security Assistance Force (ISAF) headquarters were informed.
Carlotta Gall reported Mar. 11, 2011 [in the New York Times] that revised guidelines ‘reissued’ by Petraeus permitted the total destruction of a village such in Tarok Kalache, according to a NATO official.
Although the large-scale demolition of homes had been reported by the Times in November, it had not generated any significant reaction in the United States. But in Afghanistan, the home destruction created frictions between Afghans and Petraeus’s command over the loss of homes and livelihoods.”

Friends of corruption
Oxford University’s Paul Collier writes that rich countries have a responsibility to help, or at least stop hindering, the efforts of “decent African governments” to tackle corruption:

“But the sharp lawyers and slick public relations consultants who counter the effort for clean governance are not based in countries such as Guinea: they are in London, Paris and New York.
Similarly, the clandestine flows of dirty money essential for corruption, which [assassinated Guinean treasury head Aissatou] Boiro was trying to trace, depend on an army of facilitating lawyers, accountants and bankers. They are the people who establish shell companies and nominee bank accounts to conceal true beneficial ownership, and whip money across borders far faster than the lumbering process of inter-governmental legal co-operation. Governments such as Guinea’s bear the brunt of these ethically wretched activities, but they are beyond their capacities to address.
They are not, however, beyond our own capacities. We could turn the system of mutual legal assistance, whereby governments are supposed to co-operate to prise information out of suspected criminals and witnesses, from a sham into a reality. We could require the documents that establish shell companies and bank accounts to carry the names of the lawyers and bankers who executed them. These people could then face legal liability to ensure that the authorities could readily establish beneficial ownership. Our governments and our associations have an obligation to rein in the unscrupulous tail of our professions.”

Elastic journalism
Télérama reports on the justification given by the editor-in-chief of French weekly L’Express for its most recent cover, which shows a veiled woman walking into a social assistance office, with ‘The Real Cost of Immigration’ as the headline:

“ ‘Society is shifting to the right,’ was the gist of a non-chalant Christophe Barbier’s message. ‘L’Express cannot lose touch with that readership. The cover aims for the gut. The pages inside talk to the brain.’ Translation: L’Express has to attract readers with sensational, even reprehensible covers…if only to educate them subsequently inside through nuanced, balanced reporting. Chrisophe Barbier calls that ‘elasticity’.”  [Translated from the French.]

The limits of control
In a conversation with Cambridge University economist Ha-Joon Chang, music legend Brian Eno discusses the invisible rules and assumptions that shape human endeavours, from music to economics:

“Once you’ve grown to accept something and it becomes part of the system you’ve inherited, you don’t even notice it any longer. We don’t even think that not employing children is anti-free market.
So whenever you talk about the free market – or free jazz! – what you really mean is ‘constrained by rules that we’ve stopped thinking about’. This seems a long way off music, but when you set out to make something, you might just inherit all the ways of making it. If you’re a Tin Pan Alley songwriter, you don’t question the fact that there are 84 notes on the piano. You’re not bothered by the fact that you can’t get in between two of them – these are just the ground rules of the working situation.”

Sign of the times
The New York Times looks into the motivations behind the UK’s decision to discontinue aid to India, which “marks a turning point in the former colonial power’s relations with New Delhi”:

“Others say Britain’s new approach stems from the absence of quid pro quo. Last year, India’s decision to select a French company over its British rival for a multi-billion dollar contract to supply fighter planes caused great furor in London, with several British politicians saying India ought to have favored the British company on account of the millions it receives in aid from Britain.
‘They believe that British aid must get a bang for its buck, which means it must spread British influence,’ said Jayati Ghosh, a professor of economics at Jawaharlal National University in New Delhi. ‘The aid is just not doing that anymore.’ ”