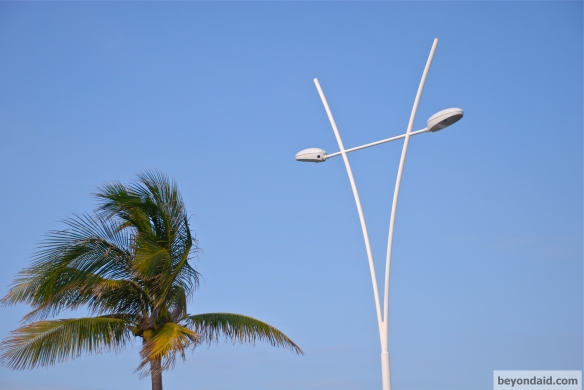 Development’s holy grail
The Guardian provides an explainer on the post-2015 development agenda, including a warning of the tension inherent in trying to establish Sustainable Development Goals:

“ ‘Getting rid of poverty is about making more stuff and giving it to more people,’ said Claire Melamed, head of growth and equity at the Overseas Development Institute thinktank. ‘It’s a popular thing to do, but climate change is about sharing out limited resources. Politically it’s of a totally different order of magnitude and so contentious.’ ”

Ultimate refusal
The Canadian Press reports that Canada’s highest court has refused to hear a lawsuit brought against a mining company over a massacre in DR Congo:

“[Human rights groups] allege that Anvil, which opened an office in Quebec in 2005, provided logistical support to the Congolese military as it crushed a rebel uprising in 2004, killing as many as 100 people in the port city of Kilwa.
Last January, the Quebec Court of Appeal overturned a lower court ruling in favour of the coalition, saying the complaint should be heard in Congo or Australia, where Anvil also operated.
…
‘It is unacceptable that in 2012, victims are still unable to hold Canadian companies accountable in Canadian courts, for their alleged involvement in serious human rights violations committed abroad,’ said Matt Eisenbrandt, a member of the board of directors of the group.”

“Sarawak’s logging giants, all past or present HSBC clients, have since expanded their destructive model of business to every major tropical forested region in the world. These companies are currently logging or converting forests to plantations in 18 million hectares of concessions – an area three times the size of Norway.
‘HSBC has bankrolled some of the world’s worst logging companies and in some cases got them off the ground with their first commercial loans. The destruction they have caused simply couldn’t have happened without the services and kudos the bank provided,’ said Tom Picken, Global Witness Forest Campaign leader.”

Chocolate lawsuit
Reuters reports that an American pension fund is suing US chocolate giant Hershey to obtain records indicating whether “the candymaker knew its suppliers in Ghana and Ivory Coast used child labor”:

“A 2011 study by Tulane University found that 1.8 million children in the Ivory Coast and Ghana work in the cocoa industry and that the vast majority of them are unpaid. The study also found evidence of child-trafficking, forced labor and other violations of internationally accepted labor practices.
If the court forces Hershey to turn over the documents, the pension fund could look for evidence to bring a lawsuit against the company and its directors. With evidence, the fund said it could claim Hershey violated anti-trafficking laws and knowingly benefited from a supplier using child labor.”

Mali drones
Algeria’s Le Matin picks up on a report by French newspaper Le Canard Enchaîné that the US is considering sending armed drones into northern Mali:

“The CIA urgently wants to acquire about 10 drones equipped with bombs, missiles and rockets, according to the satirical French paper that obtained the information from French intelligence sources. The US deems the 20 or so small surveillance planes currently stationed in Burkina Faso to be insufficient. They want lethal machines like the ones that operate in Pakistan and Yemen, in spite of the known consequences: from 2004 to 2012, these drones killed 3,325 people, including 176 children, according to a study conducted by two American universities.” [Translated from the French.]

Doing less
Bill Morton, an analyst who has worked for Oxfam and the North-South Institute, calls on Western-based NGOs to consider “adopting a ‘do nothing for now’ approach” to the debate over the successors to the Millennium Development Goals:

“The large majority of proposals on the next MDGs are put forward by people and institutions based in developed countries. So far, thinking and proposals that emanate from developing countries, and that reflect the interests and priorities of people in these countries, are getting relatively limited traction in policy debates and discussions.
…
That’s why now is the right time for practitioners and analysts in developed countries to take a step back, and to make room for people in developing countries to advance their own thinking on a post-2015 framework. That doesn’t mean the existing thinking isn’t worthwhile. It’s just that there is enough of it for now. It’s fair enough that we loosen our grip on the post-2015 agenda a little, and give those who it will affect most the opportunity to shape it more strongly.”

Two steps back
Inter Press Service reports on concerns that so-called agricultural development “will actually compromise the country’s food security” by pushing smallholder farmers off their land in favour of large-scale agribusiness:

“[Pretorious] Nkhata and the other farmers displaced from the 46,876 hectares of now commercial farmland told IPS that they had obtained their land from a traditional leader but did not get deeds of ownership from the government.
‘They said we were squatters, we were intruders on that land. I had 21 hectares … I lost it all…
‘They (the South African agribusiness) came with guns and threatened to shoot anyone who resisted moving out. They burnt all our household properties without any notice. We were almost 200 households. They burnt my food barns, clothes, blankets, bedding, television set – they even burnt my fields,’ he said.
The agribusiness has since sold the land and closed its operations in Zambia.”

Green costs
Reuters reports that Luxembourg-based ArcelorMittal has opted to reduce its annual South African steel output by 1 million tons rather than greenify its furnaces:

“The steelmaker, Africa’s biggest, was given until October 16 to deal with emissions from the furnaces and decided it was cheaper to shut the units rather than complete a project on a dust-extraction system that would capture the emissions.”