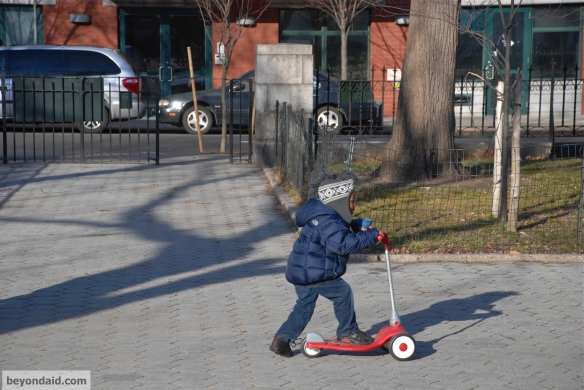 Financial dependency
Business Day reports that new African Union head Nkosazana Dlamini-Zuma is unhappy with the extent to which her organization depends on funding from outside the continent:

“ ‘No liberated mind can think their development agenda can be funded by donors,’ Ms Dlamini-Zuma told a Business Unity South Africa banquet in her honour at the weekend in Johannesburg.
‘Over 97% of programmes in the AU are funded by donors.
…
She said donors were even footing the bill for African institutions to develop the continent’s strategic agenda, a fundamental task in what has been dubbed the African century.”

Conditional rights
The Guardian reports that a pair of high-profile UN figures are calling for a crackdown on out-of-control land grabbing in Africa:

“Olivier De Schutter, the UN special rapporteur on the right to food, acknowledges the importance of the [committee on world food security] voluntary guidelines, but points out the lack of an effective enforcement mechanism. He argues that governments in sub-Saharan Africa or south-east Asia with poor governance, or tainted by corruption, will continue to seek to attract investors at all costs.
‘The international community should accept it has a role in monitoring whether the rights of land users, as stipulated in the guidelines, are effectively respected,’ De Schutter told the Guardian. ‘Since there is no “sheriff” at global level to achieve this, at the very least, the home states of investors should exercise due diligence in ensuring that private investors over which they can exercise control fully respect the rights of land users. Export credit agencies, for example, should make their support conditional upon full compliance with the guidelines, and in the future, the rights of investors under investment treaties should be made conditional upon the investors acting in accordance with the guidelines.’ ”

Big changes
Reuters reports that the Kenyan government plans to show some flexibility in implementing its new mining law:

“ ‘For those who have been licensed, we have asked them to provide clear proposals on how they want to implement this, taking into consideration commitments they have and we will consider that,’ Mohammed said in a interview.
‘But for those who have not been licensed, it will be immediate. We will not be issuing any new mining licences without the ownership of 35 percent by local citizens.’
…
The new requirement of 35 percent local equity follows a new tax of 10-20 percent targeting sales of property or shares in oil, mining and mineral prospecting firms, introduced recently to help plug a growing funding gap.”

GM crops on trial
The Times of India reports that the country’s highest court will not consider a proposed 10-year ban on field trials of genetically modified crops before hearing from stakeholders, such as a group of biotech companies whose members include agribusiness giant Monsanto:

“The five-member [court-constituted Technical Expert Committee] was unanimous in recommending suspension of field trials for 10 years, a period which it said should be used to put in place additional safeguards. It recommended identification of specific sites for field trials, setting up of an independent scientific panel to evaluate bio-safety data, recognition of conflict of interest in regulatory body and requirement of preliminary bio-safety tests prior to such trials.”

Blind sanctions
The University of Southern California’s Muhammad Sahimi and  Al-Monitor’s Eskandar Sadeghi-Boroujerdi argue that the economic sanctions imposed on Iran by the West are not “smart” and “targeted” as initially promised:

“The world was promised that the sanctions will not hurt millions of ordinary Iranians who go about their daily lives and, in fact, oppose many of their government’s policies.
But, the sanctions are now in full force, and are hurting the same people who we were told were not meant to be their target, in what is yet another case of ‘collateral damage’ inflicted by Western policy towards Iran, and its disenfranchised people who have lost control over their destiny at both home and abroad. In fact, there are very strong indications that a human catastrophe could emerge whose scale poses as much a threat as an outright military attack.”

Not lovin’ it
Yale University graduate student Justin Scott takes issue with Black365, a new McDonald’s website aimed at African-Americans, in which the fast-food giant compares itself to the iconic baobab tree:

“Aside from issues of health, hegemony, and markets, what we have here is McDonald’s, a Western behemoth pushing a product that could not be even remotely considered African, using an African symbol to appeal to a population of African origin, in order to make itself look like something it isn’t. And it’s a shame that this tactic hasn’t been attacked more widely.”

Opposing views
Reuters reports that the Tanzanian government and foreign mining companies have very different ideas on how the country can enjoy more benefits from its mineral wealth:

“East Africa’s second biggest economy argues it is not seeing the fruits of soaring commodity prices, in particular gold. It plans to increase the mining sector’s contribution to the economy to 10 percent of GDP by 2025 from 3.3 percent last year.
But the miners say hiking taxes and increasing royalties is the wrong approach. They say Tanzania should focus on attracting more investors and issuing additional mining licenses.”

Ruinous rankings
The Guardian reports that the World Bank’s latest Ease of Doing Business Index is once again coming under fire for promoting “a neo-liberal agenda of privatisations, welfare cuts, limited employment rights and low wages to please and entice foreign multinationals”:

“Bin Han, one of China’s senior representatives at the World Bank, says the rankings are fundamentally flawed.
‘The Chinese conclusion is straightforward: the report has used a wrong methodology, failed to reflect facts in individual countries, and misled readers. The questionable quality of the report has ruined the Bank’s reputation,’ he said at the debate.
The new boss at the World Bank, Jim Yong Kim, has pledged to review the rankings.”