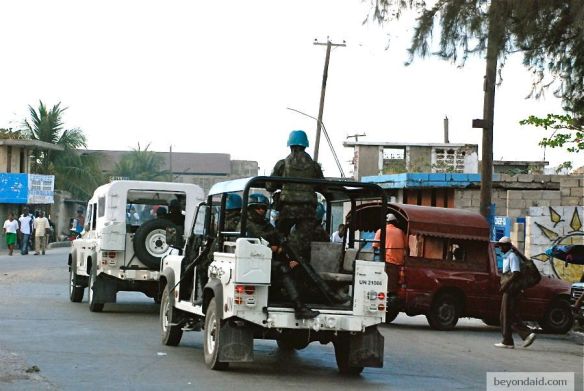 RIP Atta Mills
The BBC offers an obituary of Ghanaian President John Atta Mills who died suddenly and has been replaced by his vice-president, John Mahama:

“Mr Atta Mills described himself as a social democrat who leaned broadly on independence leader Kwame Nkrumah’s idea of social welfare.
But he pitched a more inclusive and less polarising political platform than both Mr Nkrumah and [former president Jerry] Rawlings.
Once in power he started an austerity programme and presided over the country’s first commercial oil production, promising that – unlike some African countries – his government would spend the newfound oil revenue responsibly.”

African justice
Agence France-Presse reports that Senegal and the African Union are proposing the establishment of a special court in Senegal to try former Chadian president Hissène Habré:

“After four days of talks in Dakar, a draft agreement was drawn up between the AU and Senegalese government on the ‘creation of extraordinary African chambers within the Senegalese court structure,’ said Amadou Baal, director of the justice minister’s office.
The chambers will have four sections to handle instruction, investigations, trials, and appeals, and will consist of Senegalese and other African judges.
Baal said the proposal was still subject to final approval.
Senegal pledged Friday to put Habre on trial, after the Hague-based International Court of Justice ruled that it must submit his case to its competent authorities for prosecution if it does not extradite him.”

Unfriendly skies
The Washington Post reports on UN concerns that Somalia’s skies “have become so congested with drones” that public safety is at risk:

“In a recently completed report, U.N. officials describe several narrowly averted disasters in which drones crashed into a refu­gee camp, flew dangerously close to a fuel dump and almost collided with a large passenger plane over Mogadishu, the capital.
Although U.N. investigators did not directly pin the blame for the mishaps on the United States, the report noted that at least two of the unmanned aircraft appeared to be U.S.-manufactured and suggested that Washington had been less than forthcoming about its drone operations in Somalia.”

Unsatisfactory draft
Reuters reports that there is much unhappiness over the first draft of the Arms Trade Treaty that is meant to be finalized by week’s end, with one critic saying it currently has “more holes than a leaky bucket”:

“[Oxfam’s Anna] Macdonald listed several criticisms. He said the range of weapons in the draft treaty needed to be expanded, particularly to include ammunition; the rules governing risk assessments that countries must do before authorizing an arms sale needed to be tightened; and the whole treaty needed to be broadened to cover the entire global arms trade and not just illicit transactions.”

Strings attached
The Guardian reports that activists in the US and India are criticizing conditions attached to American AIDS funding, which they say marginalize sex workers:

“International organisations that receive funds through the President’s emergency plan for Aids relief (Pepfar) must sign an “anti-prostitution pledge” prohibiting them from doing anything that could be perceived as supporting sex work. Activists say this has weakened the already underfunded response to the HIV epidemic among some of the most vulnerable communities.
…
US organisations that receive Pepfar money are no longer bound by the pledge, after successfully taking the government to court on the basis that the conditions attached to funding violate first amendment rights. But organisations outside the US are still required to sign it.”

Ogoniland pollution
The Financial Times reports that communities in Nigeria’s delta region are saying the government and foreign oil companies have done little since a UN report called last year for “the world’s most wide-ranging and long-term oil clean-up exercise ever undertaken”:

“Earlier this year, Shell employed a local contractor to clean up the site of the 1970 well blowout [at Boobanade]. It says the work was inspected by the environmental regulator and signed off as satisfactory. But on a visit to the site in June, patches of oil residue could be seen in the soil. In one spot, fresh crude was bubbling up. [Local resident Fyneface] Farah says the remediation work was not satisfactory and that independent experts should be called to verify what was done. ‘We still cannot plant anything there and the water table is contaminated,’ Mr Farah says. ‘There is still not enough action – that is the truth.’ ”

“Much of the coastal offshore drilling in Tanzania, Kenya and Mozambique is occurring in areas suffering from poor soil, low water tables and geographical isolation, and in regions in which many residents struggle to find employment. Whether discoveries of valuable natural resources will help or hinder these communities remains to be seen.
Indeed, as a consultant for USAID and the UN Development Programme explained, there are no baseline studies of the communities along the Tanzanian and Kenyan coasts, and if there has been any community consultation, it has gone undocumented.”

UN as enabler
Human Rights Watch asks how the UN can “stop itself from supporting” those who violate human rights:

“For many years, sometimes unknowingly and sometimes it seems because it chose to look the other way, the United Nations has provided assistance, money or logistical support to armies or police forces involved in abuses and serious human rights violations.
…
For the world organization to demonstrate it’s serious about ending support to abusive forces, it should lead by example and adopt stringent standards for itself. The organization needs to aggressively implement its ‘due diligence’ policy, properly fund it, and impose it where it counts – on the ground – even if it ruffles some feathers. The U.N. reputation is at stake, as much as the very mission its founders envisioned when they engraved in its charter to ‘reaffirm faith in fundamental human rights.’ ”