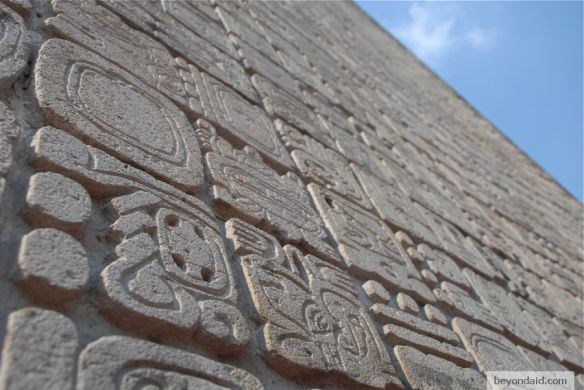 Uranium politics
La Tribune reports that France’s new socialist president, François Hollande, has said he wants to see uranium production stepped up in Niger, where French state-owned company Areva is trying to get its new Imouraren mega-project up and running:

“In making this statement, François Hollande is following in the footsteps of his predecessors who supported the efforts of Areva to ensure the supply of uranium to France. A difficult task. Tensions are recurring with Niamey, which has been trying for years to get a bigger share of mining revenues. In 2007-2008, during the renegotiation of mining terms, Niger accused Areva of supporting the country’s Tuareg rebellion and expelled the local director. In trying to break Areva’s monopoly, Niamey has granted more than a hundred exploration licenses since 2006 to Chinese, Canadian, Indian, South African and Anglo-Australian companies.
…
In April, Nigerien staff at the Imouraren site undertook a seven-day warning strike to protest labour conditions, saying they were working 12 hours a day. Areva countered that this sort of disruption would make it difficult to begin production as anticipated in 2014.” (Translated from the French.)

Water grabbing
A new report by GRAIN warns that the “current scramble for land in Africa” has important implications for access to the continent’s water sources:

“Those who have been buying up vast stretches of farmland in recent years, whether they are based in Addis Ababa, Dubai or London, understand that the access to water they gain, often included for free and without restriction, may well be worth more over the long-term, than the land deals themselves.
…
‘The value is not in the land,’ says Neil Crowder of UK-based Chayton Capital which has been acquiring farmland in Zambia. ‘The real value is in water.’
And companies like Chayton Capital think that Africa is the best place to find that water. The message repeated at farmland investor conferences around the globe is that water is abundant in Africa. It is said that Africa’s water resources are vastly under utilised, and ready to be harnessed for export oriented agriculture projects.
The reality is that a third of Africans already live in water-scarce environments and climate change is likely to increase these numbers significantly. Massive land deals could rob millions of people of their access to water and risk the depletion of the continent’s most precious fresh water sources.”

US soldiers in Africa
The Army Times reports that at least 3,000 American soldiers will do tours of duty in Africa next year as part of the US military’s “new readiness model”:

“Africa, in particular, has emerged as a greater priority for the U.S. government because terrorist groups there have become an increasing threat to U.S. and regional security.
Though U.S. soldiers have operated in Africa for decades, including more than 1,200 soldiers currently stationed at Camp Lemonnier, Djibouti, the region in many ways remains the Army’s last frontier.”

Corruption cover-up
The Sydney Morning Herald reports on a scandal that has engulfed Australia’s central bank as a result of bribery allegations involving some of its subsidiaries:

“[Note Printing Australia], which is fully owned and supervised by the Reserve Bank, and Securency, half-owned by the RBA, were also charged with allegedly bribing officials in Vietnam, Malaysia, Nepal and Indonesia in order to secure banknote supply contracts.
The companies make and print Australia’s banknotes and export them to more than 30 countries.
The scandal has embroiled the leadership of the RBA, with senior central bank officials receiving explicit evidence of bribery back in 2007 but choosing to handle the matter internally rather than go to police.”

Digging a deeper hole
Reuters reports that Indian authorities are investigating whether a Swiss-based arms company tried to avoid being blacklisted for corruption by attempting to bribe government officials:

“An Indian businessman was charged on Saturday with attempting to bribe government officials in connection with allegations that Swiss-based Rheinmetall Air Defence AG paid him $530,000 to use his influence to stop the company from being blacklisted.
…
India’s Defence Ministry has put in place strict guidelines for arms deals in an effort to crack down on bribery and corruption at a time when Asia’s third-largest economy is on a weapons-buying spree to modernise its military. India is the world’s largest arms buyer.”

Valuing nature
The UN Environment Program’s Achim Steiner writes that a so-called green economy will require changes to “our current economic thinking at a systemic level”:

“Why, for example, does the world pursue a paradigm of economic growth that rests upon eroding the very basis of earth’s life-support systems? Can wealth be redefined and reframed to include access to basic goods and services, including those provided by nature free of cost, such as clean air, a stable climate, and fresh water? Is it not time to give human development, environmental sustainability, and social equity an equal footing with GDP growth?”

Myth of apolitical human rights
STAND’s Sean Langberg blogs about the global human rights movement’s “four dominant schools of thought” as identified by the University of Buffalo’s Makau Mutua who puts certain multilateral institutions in the same category as a former Congolese dictator:

“Political Strategists or Instrumentalists are primarily individuals within government or institutions that exist to serve the interests of a state. Mutua takes exceptional issue with these advocates and believes they only employ a human rights narrative when it serves to better their cause. He cites Mobutu Sese Seko, NATO, and the World Bank as individuals or institutions that profess(ed) an allegiance to civil rights, but do/did so in rhetoric only. Mutua believes that instances of this disconnect are becoming more common as human rights movement continues to be ‘apolitical’ and ‘universal.’ ”

“The scandal here is that NATO, a military alliance, refuses any civilian oversight of its actions. It operated under a U.N. mandate and yet refuses to allow a U.N. evaluation of its actions. NATO, in other words, operates as a rogue military entity, outside the bounds of the prejudices of democratic society. The various human rights reports simply underlie the necessity of a formal and independent evaluation of NATO’s actions in Libya.”