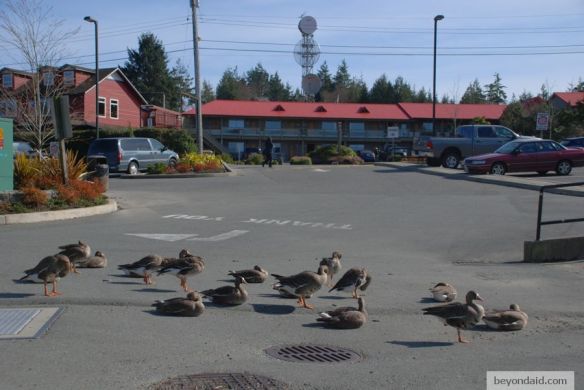 Money, power, sex
The Daily Maverick provides a roundup of the first day of the OpenForum 2012 conference in Cape Town, the focus of which is the “paradox of unequal growth.”
“[London School of Economics’ Thandika] Mkandawire was particularly wary on the subject of foreign investment in Africa, sounding a note of caution: ‘Democracies which rely on external funding are choiceless democracies. No representation without taxation!’ He also pointed out that the ‘rebranding’ of Africa carried its own dangers, since it appealed to the ‘herd instincts’ of investors who might pull out of Africa as suddenly as they arrived, spooked by what he calls the ‘CNN factor’ – the impact of the image of Africa presented by international broadcasters.
Nkosana Moyo, vice president of the African Development Bank, was more obdurate on the topic. ‘We are letting ourselves by defined by others. Why do I care what the Economist thinks about me?’ he asked. Moyo also suggested that the West’s concerns about China’s activities in Africa were extremely hypocritical given the West’s history on the continent, but seemed to hint that China’s intentions were just as harmful: ‘Africans don’t seem to realise that there is no difference between China and the West,’ he said.”

UK government hearts Shell
Amnesty International has announced it is among a group of NGOs that has submitted freedom of information requests in the hopes of finding out why the UK government has intervened on behalf of Shell against Nigerian plaintiffs in a US Supreme Court case.
“ ‘While the UK Government claims to support the UN Guiding Principles on Business and Human Rights as a matter of policy, it undermines that support by attempting to block judicial remedies for human rights abuses committed by a UK company in another country. The Government argues that the US may not legitimately exercise jurisdiction in this case but ignores the possibility that universal jurisdiction for gross human rights abuses committed by corporations is an important element of an international solution to holding companies accountable for their human rights impacts,’ [said Amnesty International’s Peter Frankental.”

Mine control
South Africa Resource Watch reports that the Lesotho Congress for Democracy has called for the government to become the majority shareholder in all mining companies operating in the country.
“[Former Lesotho trade minister Mpho] Malie also spoke about mining companies taking advantage of the ‘relaxed’ laws of Lesotho.
‘Foreign companies operating our mines are in a hurry; they want to maximise their profits when we are still asleep. We need to review the laws before it is too late because if we delay, we will be left with nothing as a country,’ Malie said, adding the current government led by Prime Minister Pakalitha Mosisili, had allowed matters to get out of hand.”

Opaque deal
Reuters reports that Swiss-based commodities giant Glencore’s decision to become the majority owner of a Congolese copper mine is likely to raise a few eyebrows.
“But Tuesday’s deal, with two related, privately controlled groups – High Grade Minerals (HGM) and Groupe Bazano – whose ownership is not disclosed by Glencore, is also likely to revive debate over the opacity of deals in one of Africa’s most promising but also most challenging mining destinations.
Glencore, a lightning rod for campaign groups since its listing last May, earlier this month faced calls for greater transparency around its deals in Congo.”

Twitter inequality
The Globe and Mail reports on the potential human rights implications of proposed changes by Twitter that would allow corporate clients to view content the authors themselves could not access.
“Inequal access to information creates an imbalance of power. This is especially important to those who posted publicly with the expectation that they’d be able to see, control and prune their postings later on. Remember that in many parts of the world, political research isn’t just policy-testing and mud-slinging; it’s a matter of life and limb for oppositions, activists and dissidents. A Twitter feed can paint a very detailed portrait of someone’s life, their activities and associations, even if no individual tweet is particularly revealing. Now, Twitter users have two options: Submit their histories for corporate or political analysis, or delete them and lose everything.”

Better Life Index
The Guardian reports on the relaunch of the Organisation for Economic Co-operation and Development’s Better Life Index, which aims to go beyond GDP by comparing countries according to what people “think is important.”
“It’s counted as a major success by the OECD, particularly as users consistently rank quality of life indicators such as education, environment, governance, health, life satisfaction, safety and work-life balance above more traditional ones.
…
One of the major criticisms of the index was that it didn’t include inequality – and that’s changing with the relaunch with new indicators on inequality and gender plus rankings for Brazil and Russia. A couple have been removed too: Governance has been renamed civic engagement, employment rate of women with children has been replaced by the full integration of gender information in the employment data and students’ cognitive skills (e.g. student skills in reading, math and sciences) has replaced students’ reading skills to have a broader view.”

Envisioning sustainability
The Overseas Development Institute’s Jonathan Glennie maps out his vision of the future, in which sustainable development is development, not just a “subset” of it.
“The most important change would be the involvement of rich countries as well as poor. Sustainable development tackles affluence and excess, not just poverty, and it is the high-income countries that most need to alter their resource use (with a gradually increasing burden of responsibility on middle-income countries, especially the largest ones). Financial transfers will therefore reduce in importance relative to other areas of action (such as trade and regulation). Aid agencies might develop new roles as whole-of-government enforcers of development policy coherence.”

Secular fanaticism
Columbia University’s Hamid Dabashi calls for “a radical reconfiguration of ethical principals” that transcends the religious and ethnic differences that divide people today.
“The principal facts on the ground – beaconing those visionaries – are the wretched of the earth, the masses of millions of human beings roaming the globe in search of the most basic necessities of life and liberty or else for fear of persecution. Muslims and Africans face the same ghastly discrimination in Europe as Latin American illegal immigrants do in the United States, Afghan refugees do in Iran, Palestinians (now joined by Africans) do in Israel or Philipino or Sri Lankan labourers do in the Arab world.
That fact is the ground zero of principled moral positions.”