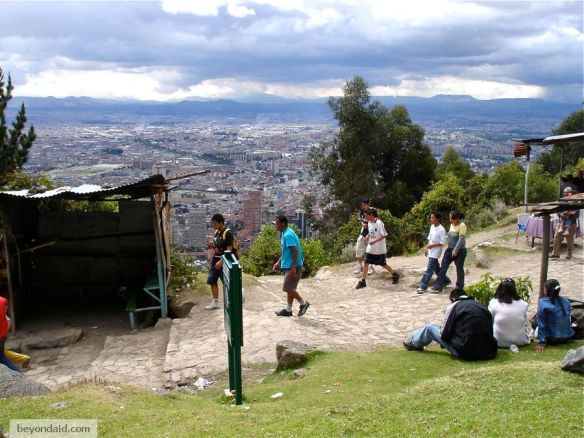 ICC’s big day
The Independent reports that even as the International Criminal Court handed down its first ever verdict – finding Congolese warlord Thomas Lubanga guilty of recruiting and using child soldiers – questions remain about the court’s ability to overcome the challenges it faces.
“The complicated nature of building cases in the absence of international legal precedent and the necessity of gaining support from states for its intervention, as well as the uneven support for the Rome treaty by major powers such as the United States, have undermined the court’s efforts to gain acceptance. The ICC and its controversial outgoing chief prosecutor, Luis Moreno Ocampo, have been criticised in some quarters for focusing exclusively on Africa. In an effort to weaken the accusations of an anti-African bias the ICC has appointed Fatou Bensouda from the Gambia to replace the departing Argentinian.”

Voluntary solutions
The Guardian reports not everyone is impressed by a new set of proposed “voluntary global guidelines” on land governance and resource rights that would theoretically address the issue of mass land grabs by foreign investors in poor countries.
“ ‘The breadth of participants, including governments, has seen the content watered down to secure consensus. Value for the immense time and money invested in producing the guidelines may be hard to come by,’ said Liz Alden Wily, an international land tenure specialist.  ‘These are only guidelines after all, not binding on the very governments, companies, elites and investors who are already so heavily involved in land and resource capture.’
She said the time and money might have been better spent reframing international trade law, on which resource exploitation so heavily depends, and ‘bringing feeble human rights law up to scratch. Or invested in mobilising the millions of poor affected by policies and laws.’
Alden Wily added: ‘It will be interesting to see if the global aid community promoting these guidelines will spend the same effort to translate the advice into 150 languages and get copies down to every poor community in the developing world. That’s a billion copies right there.’ ”

Water rights
Reuters AlertNet reports that NGOs were unable to get the World Water Forum declaration amended to include “an unequivocal commitment to the U.N.-recognised rights to water and sanitation.”
“…Wenonah Hauter, executive director of Food & Water Watch – a small U.S.-based NGO – described the declaration as ‘a step backwards for water justice’, noting that signatures had not even been collected from nations that endorsed it. “The entire event itself is a corporate tradeshow parading as a multilateral forum,” she added.
…
The firms supporting the event include French energy giant EDF, Veolia Eau, Bouygues Construction, HSBC and JCDecaux.”

WHO woes
Intellectual Property Watch reports on allegations that the private sector is using “financial leverage to gain undue influence” in the cash-strapped World Health Organization.
“A recent piece for the non-governmental Third World Network made the assertion based on developments such as the presence of Microsoft Chairman Bill Gates sharing the stage with WHO Director General Margaret Chan at the WHO members annual meeting last year, and the presence of industry interests at a civil society meeting before last year’s UN summit on non-communicable diseases.
…
Chan has sought repeatedly to assure member states that the WHO understands the necessary line between any stakeholders. But some see industry links in the reform proposals emerging from the WHO, the group said.”

Environmentalists, Martians and terrorists
The Huffington Post reports that the campaign by Canada’s ruling party against environmental groups took a “jaw-droppingly bizarre” turn when a Conservative senator asked “if environmentalists are willing to accept money from Martians,” would they also take money from Al Qaeda, Hamas or the Taliban?
“Many environmentalists are upset with [Prime Minister Stephen] Harper’s seeming obsession with the millions they receive each year in charitable funding from the U.S., while ignoring the millions more spent in Canada each year by foreign business interests.
Liberal Senator Grant Mitchell pointed out that the Tories have no trouble with foreign funding as long as it benefits it’s own causes, such as the National Rifle Association petitioning to kill the long gun registry.
‘Funding flows in all directions across borders, and to somehow single out a subset just because you don’t like the stance of certain organizations and then demonize them for it for receiving the funding…is really a reprehensible treatment,’ Peter Robinson, the chief executive officer of the David Suzuki Foundation told HuffPost.”

Tax haven runaround
EUobserver reports the EU’s top tax official is running into opposition from certain member countries over attempts to tackle tax avoidance in Switzerland.
“Algirdas Semeta told EUobserver that bank secrecy makes it impossible to say how much potential tax income is being lost even as EU countries cut wages and public services amid the financial crisis. But it is likely to be big bucks: Switzerland currently hands over €330 million a year in tax payments to EU countries, while its banks manage €1.5 trillion of private wealth.”

Bizjet bribes
Tulsa World reports an American aviation company and its German parent have agreed to a deal with US authorities over alleged bribes paid to Mexican officials between 2004 and 2010.
“In many instances, Bizjet allegedly paid the bribes directly to the foreign officials. On other occasions, Bizjet is accused of funneling the bribes through a shell company owned and operated by a person who was then a Bizjet sales manager.
The Justice Department also stated that Lufthansa Technik — which it described as Bizjet’s “indirect parent company” — also entered into an agreement with DOJ in connection with the purported unlawful payments by Bizjet and the directors, officers, employees and agents involved in the conspiracy.”

Bankers vs. Robin Hood
Intelligence Capital’s Avinash Persaud compares the London banking industry’s arguments against a proposed financial transaction tax, aka the Robin Hood Tax, to past denials of the link between cigarettes and cancer.
“Listening to some London bankers, you would think that a 0.1% tax would usher in a nuclear winter. Bankers are effectively saying that, while they justify their high pay with claims of superior creativity, credibility and connectivity, all of that cannot compete with a tax on each transaction of just one tenth of one per cent. If, despite the industry receiving billions in implicit public subsidies and guarantees, the largest sector in the UK economy hangs by such a thin thread, its value-added must be seriously questioned.”