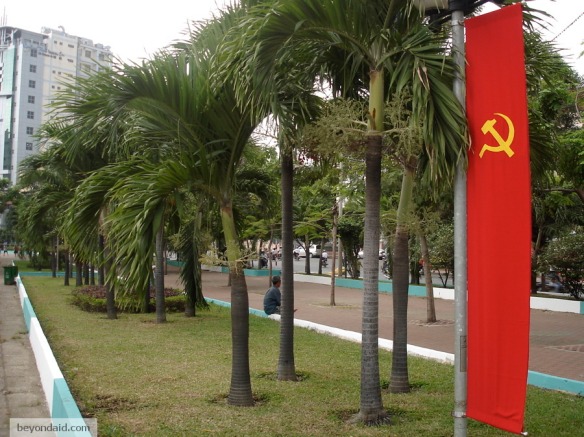 Sachs for president
Columbia University’s Jeffrey Sachs makes the case for why he should become the 12th consecutive American man to serve as president of the World Bank.
“In Latin America, Eastern Europe, Africa and Asia, I’ve been a trusted problem-solver for heads of state and impoverished villagers. My good fortune to see the world through the eyes of others, during 30 years working on some of the world’s most vexing problems, has helped me understand various regions’ challenges and the need for tailored solutions. There are reasons why what works well in the United States might not work in Nigeria, Ethiopia or India.”

Assessing Sachs
The Guardian explores Jeffrey Sachs’s CV in light of his declared desire to become World Bank president.
“But Sachs’s role in development hasn’t always been uncontentious. As a consultant in the late 1980s and early 1990s while an academic at Harvard, he advised Poland, then Russia, on their economic reforms. The strategy adopted by the Kremlin, under the tutelage of the IMF and the US treasury, involved a headlong dash towards privatisation and liberalisation that became known as ‘shock therapy’.
The consequences were disastrous, enriching a tiny coterie of oligarchs who bought up public assets on the cheap, and driving Russia towards defaulting on its debts.
However, Sachs now disowns the extreme policies for which many have since blamed him.”

Escalation concerns
In an interview with Al-Jazeera, the UN high commissioner for human rights, Navi Pillay, expresses her opposition to arming Syria’s rebels.
“ ‘Any kind of provision of military equipment to the opposition, in my view, will escalate the violence and not lead to the goal we are trying to achieve,’ Pillay explains.
‘I think that countries should be focusing their energy on achieving a peaceful resolution here, and to ensure that the root causes are addressed … and supplying arms to a few individuals is not going to help that situation … As I see it, it’s not the role of outsiders to arm one group or the other.’ ”

Polio protest
McClatchy Newspapers reports a group of American humanitarian NGOs is alleging the CIA’s use of a fake immunization scheme to locate Osama Bin Laden has set back the fight against polio in Pakistan, which had the highest number of cases in the world last year.
“ ‘The CIA’s use of the cover of humanitarian activity for this purpose casts doubt on the intentions and integrity of all humanitarian actors in Pakistan, thereby undermining the international humanitarian community’s efforts to eradicate polio, provide critical health services and extend life-saving assistance during times of crisis, like the floods seen in Pakistan over the last two years,’ the coalition of aid agencies, InterAction, wrote in its letter to CIA director David Petraeus.”

Affordable medicines on trial
Intellectual Property Watch reports on a case set to be heard by India’s Supreme Court later this month, which could have massive repercussions on global health.
“For access to medicine campaigners, Novartis’s legal action could threaten the availability of affordable medicines for the world’s poorest patients. For the pharmaceutical company, the protection of massive R&D investment and innovation is on the line.
…
‘What is at stake goes far beyond the only granting of a patent for this anticancer drug. This legal challenge aims in fact at weakening a legitimate and invaluable public health clause of the Indian law, Section 3(d), which intends to limit the multiplication of patents on trivial changes to existing medicines, a common practice by multinational pharmaceutical companies known as “evergreening”, ’ said Patrick Durisch, the health programme coordinator of the Berne Declaration.”

Poverty falling
The Economist reports on new World Bank figures suggesting poverty is “declining everywhere,” though primarily in China.
“If you exclude China, the numbers are less impressive. Of the roughly 1.3 billion people living on less than $1.25 a day in 2008, 1.1 billion of them were outside China. That number barely budged between 1981 and 2008, an outcome that Martin Ravallion, the director of the bank’s Development Research Group, calls ‘sobering’.”

The war over women’s health
The New York Times’ Nicholas Kristof lays out the process, which he describes as “bordering on state-sanctioned rape,” that women in Texas must now go through before having an abortion.
“Under a new law that took effect three weeks ago with the strong backing of Gov. Rick Perry, she first must typically endure an ultrasound probe inserted into her vagina. Then she listens to the audio thumping of the fetal heartbeat and watches the fetus on an ultrasound screen.
She must listen to a doctor explain the body parts and internal organs of the fetus as they’re shown on the monitor. She signs a document saying that she understands all this, and it is placed in her medical files. Finally, she goes home and must wait 24 hours before returning to get the abortion.”

Selling globalization
Monthly Review’s Michael Yates looks at how inequality and globalization fuel each other.
“Incomes do not just flow from poorer to richer households but from lesser to greater businesses (this latter phenomenon is part of what [Eric] Schutz calls “the business power structure”). Large firms, a small number of which dominate many markets, are best situated to expand globally, and as they do, they become more powerful economically and politically. This power permits them to increase the rate of exploitation of labor, again especially in the Global South, as they can both utilize modern labor process control techniques better than their smaller rivals and exert political pressure more effectively. Their growing and almost total control of mass media creates a modern propaganda system that shapes the culture in a thoroughly pro-capitalist manner, forging a climate in which it is difficult for people to escape being bombarded with the idea that there is no alternative to the terrible things that have been happening to them. Governments are increasingly seen as incapable of doing anything except getting out of the way of the capitalist juggernaut.”