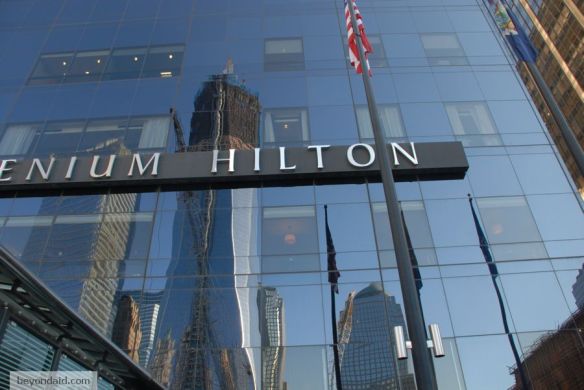 Outside solutions
Oxfam’s Barbara Stocking has expressed disappointment over the Somalia conference in London, which UK Prime Minister David Cameron hailed as a “turning point.”
“While we recognise the huge efforts of the UK Government to make the conference a success, what we had hoped for was a recognition that 20 years of internationally imposed solutions have failed. However, what we’ve seen once again are externally driven solutions that haven’t worked, aren’t working and will not work.
…
What we got was the rhetoric of Somali inclusion but you cannot go forward with a new constitution and elections in such a troubled country without a wide and inclusive political engagement within Somali society.”

Madonna strikes again
The Guardian reports Madonna’s latest school-building scheme in Malawi has run afoul of education officials who say they have not been consulted.
“…John Bisika, Malawi’s national secretary for education, science and technology, told the Guardian: ‘We have had no written or verbal communication. We just read about it in the papers. I don’t understand how she can work like that. For someone to go to the papers and say, ‘I’m building schools’, without telling the government, I find it a strange way of working.’
He added: ‘When will she build these schools? How will we know where these schools are needed? We need to do this in a co-ordinated manner. I wouldn’t just go to the UK and start building schools.
‘We need to be approached and work out where the schools are needed, based on school mapping. If she doesn’t come through us, it will not happen. We can’t just see people building schools. Let’s do it properly.’ ”

Patent reform
Intellectual Property Watch reports that UN talks have moved one step closer to an international agreement concerning genetic resources, although substantial differences remain over “mandatory disclosure of origin in patent applications.”
“The Indian delegate said ‘none of us here’ want to give ‘the impression that we are against the patent system’ but ‘there is a lot of free riding that is going on,’ he said, and the companies are taking traditional knowledge and claiming that it is their own, to the detriment of local communities he said. For the integrity of the patent system it is important that such bad patents are not granted, he added.”

Corruption by another name
The Tax Justice Network reproduces the communiqué released at the inaugural meeting of the High Level Panel on Illicit Financial Flows from Africa.
“Illicit financial outflows constitute a major source of resource leakage from the continent draining foreign exchange reserves, reducing tax collection, dwindling investment inflows, and worsening poverty in Africa. The methods and channels of illicit financial outflows are many and varied including tax havens and secrecy jurisdictions, over-invoicing, under-pricing, and different money laundering strategies. This source of resource outflows is far bigger and higher in terms of scale and magnitude than the normal corruption channels, which are focused upon globally.”

Infantilizing nations
Michael Marder of the University of the Basque Country, Vitoria-Gasteiz sees parallels between European current events and earlier dark chapters in the continent’s history.
“The infantalisation and animalisation of entire nations, for course, is nothing new for Europe that has had a long tradition of portraying itself in terms of the beacon of humanity and that has invariably resorted to the idea of its ‘civilising mission’ throughout it colonial conquests and expansions. Now, almost four decades after the last European countries have withdrawn from the colonies overseas, the same rhetoric is being turned inward, retracing the new political economic continental rift between the North and the South of Europe. Exploitation is the one constant that remains after this shift: exorbitant interest rates and repayment conditions attached to the bailout package will make sure that the debtor countries organise their economies around the need to service their debt for the foreseeable future.”

Price of doing business
Duke University’s Christine Bader asks why more extractive companies are not taking preventive measures to avoid escalation of conflict with host communities.
“[Former UN special representative for business and human rights, John] Ruggie suggests that most companies aren’t yet adding up what he calls those “costs of conflict,” which might be dispersed across security, public relations, legal, and operational budgets, and therefore aren’t motivated to act.
Some companies worry that opening up lines of communication will open the floodgates for specious claims. But a Harvard University study concluded that ‘the mere existence of a quality grievance mechanism can improve a company’s relations with affected stakeholders and thereby reduce grievances, as it signals that the company is ready to be held accountable, to confront, acknowledge and learn from problems.’ ”

Oil opacity
The Economist takes on the extractive industry’s “many objections” to more stringent transparency requirements, such as those contained in America’s Dodd-Frank act.
“But businesspeople struggle to produce examples of how local restrictions on publishing confidential contract details could clash with transparency requirements elsewhere. Contracts in developing countries typically have a clause permitting disclosures that are required by the company’s home country and stock exchange. Nor does greater disclosure seem to hurt competitiveness. In 2011 Angola awarded several new deepwater oil concessions to firms covered by Dodd-Frank. No oil company has so far cited increased openness as a material risk in its [US Securities and Exchange Commission] filings.
The expense has been minimal for the few, such as America’s Newmont Mining, that already provide country-level reporting (none yet breaks the numbers down project-by-project). Exxon says that the new rules would cost $50m. That is a lot of money, to be sure, but only 0.1% of last year’s profits. Companies already collect for internal use the data they are being asked to make public.”

Know thyself
UC Irvine’s Mark LeVine argues that if American and European citizens really want to help their counterparts in countries like Syria, they must first become more knowledgeable about their own countries’ “foreign policy interests and practices.”
“And if they got such knowledge, it would demand a much larger transformation in the political culture and economic structures of their own societies, which have always been intimately tied to support for authoritarianism and corruption abroad.”