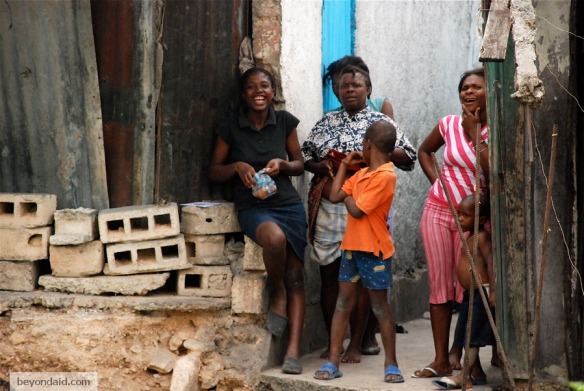 Arms sale loophole
Foreign Policy’s Josh Rogin reports that, following congressional opposition to a proposed sale of US arms to Bahrain due to human rights concerns, the Obama administration is moving ahead with a repackaged sale without formally informing Congress or the public.
“Our congressional sources said that State is using a legal loophole to avoid formally notifying Congress and the public about the new arms sale. The administration can sell anything to anyone without formal notification if the sale is under $1 million. If the total package is over $1 million, State can treat each item as an individual sale, creating multiple sales of less than $1 million and avoiding the burden of notification, which would allow Congress to object and possibly block the deal.
We’re further told that State is keeping the exact items in the sale secret, but is claiming they are for Bahrain’s “external defense” and therefore couldn’t be used against protesters. Of course, that’s the same argument that State made about the first arms package, which was undercut by videos showing the Bahraini military using Humvees to suppress civilian protesters.”

Responsibility while protecting
Former Australian foreign minister Gareth Evans surveys the extent of the damage done to the “responsibility to protect” principle by disagreements over how NATO handled its Libyan intervention.
“The better news is that a way forward has opened up. In November, Brazil circulated a paper arguing that the R2P concept, as it has evolved so far, needs to be supplemented by a new set of principles and procedures on the theme of “responsibility while protecting” (already being labeled “RWP”). Its two key proposals are a set of criteria (including last resort, proportionality, and balance of consequences) to be taken into account before the Security Council mandates any use of military force, and a monitoring-and-review mechanism to ensure that such mandates’ implementation is seriously debated.”

WEF women
The Guardian’s Jane Martinson argues the World Economic Forum in Davos “has a woman problem.”
“Although the days are long gone when one female delegate was asked to leave an event because security assumed she must be a spouse without the required permit, the majority of the women in Davos are not there as participants. Only newcomers to Davos seem to consider this fact remarkable, with the odd feminist exception such as Helen Clark. The former prime minister of New Zealand turned administrator of the United Nations Development Programme called the female participation rate ‘pathetic’. The leader who appointed so many senior women to her cabinet that Benetton ran an airport advertising campaign welcoming visitors to the ‘women’s republic of New Zealand’ called for organisers to commit to the millennium development goal of 30% female participation by 2015. ‘Or why not next year? They should just go and look for the women. In one stroke, participation would go up.’ ”

Forgetting about poverty
Time’s Roya Wolverson argues that, with all the talk about inequality, absolute poverty seems to have dropped of the World Economic Forum’s radar.
“What’s missing in the WEF discussions is the perspective of the poor.  Unfair trade practices and poor working conditions in the developing world, issues that made it onto the WEF agenda a decade ago and keep rearing their ugly head, haven’t been raised at all. Instead, the conversation is acutely focused on the plight of the Western worker and his dwindling pension plan.”

Bad medicine
Intellectual Property Watch reports that the World Health Organization’s executive board has come up with a proposal for an international mechanism that would deal with  “counterfeit and substandard medical products” medicines without taking on thorny IP and trade issues.
“A contentious issue around counterfeits has been the suspicion on the part of some developing countries that concerns about counterfeit and substandard medicines are being purposely confused with trade in legitimate generic medicines from those countries. Removing intellectual property and trade from WHO discussions likely minimises the possibility of confusion.”

Bad money
Reuters reports on how difficult it is for financial regulators to overcome the client privacy provisions of Western banks in order to take action against “undesirable assets and clients.”
“ ‘Our current arrangements for the creation of trusts and the setting up of companies anonymously have created an environment which is permitting kleptocrats to move their loot around (and commit) tax evasion on a monstrous scale,’ said Anthea Lawson, head of the Banks and Corruption Campaign at Global Witness, a non-government organisation which campaigns against money laundering and corruption.
Those determined to hide money have numerous devices at their disposal: for example it is possible to establish an offshore company which belongs to an offshore trust behind which may be another trust, all spread across multiple jurisdictions and set up by an associate of a person on a sanctions list.”

War on finance
The Economist says that François Hollande, the French Socialist Party’s presidential candidate, has “declared war on global finance.”
“The financial industry, he said, had grown into a nameless, faceless empire that has seized control of the economy and society. To tackle the enemy and restore the French dream, Mr Hollande wants to separate banks’ ‘speculative’ activities from their lending arms. He would outlaw ‘toxic’ financial products, keep banks out of tax havens and ban stock options for all companies except start-ups.”

Tackling inequality
British Labour leader Ed Miliband lays out some proposals for a fairer economy.
“I support proposals for a financial transactions tax levied equally on the major trading centers from Hong Kong and Singapore to Wall Street and the City of London. The British government needs to show more leadership on this issue in Europe — and all members of G-20 need to help make it happen.
Britain loses billions of pounds in revenues because of outdated rules that allow our richest citizens to keep their money in off-shore tax havens. Tax authorities need to know about income and wealth hidden behind front companies, trusts and other complex financial products. If these rules cannot be changed by international agreement, progressive governments should go ahead and do it themselves.”