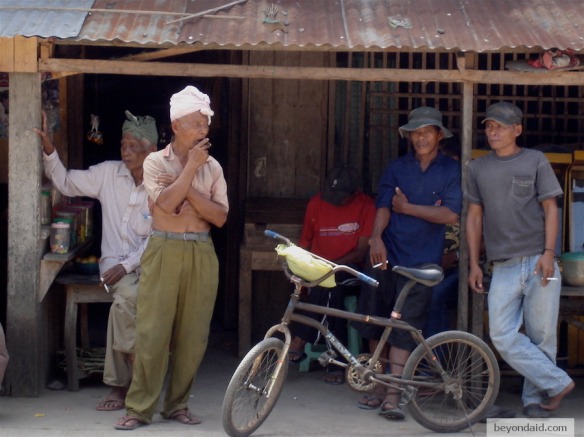 Deregulating Africa
The top headline in the World Bank’s new Doing Business report is Sub-Saharan Africa’s newfound enthusiasm for business-friendly regulations.
“Over the past year a record number of governments in Sub-Saharan Africa changed their economy’s regulatory environment to make it easier for domestic firms to start up and operate. In a region where relatively little attention was paid to the regulatory environment only 8 years ago, regulatory reforms making it easier to do business were implemented in 36 of 46 economies between June 2010 and May 2011. ”

Seed politics
Intellectual Property Watch’s Catherine Saez reports that the Geneva-based International Union for the Protection of New Varieties of Plants is facing calls for greater transparency and protests from farmers over seed policies.
“Protesters’ main concern is the fact that the 1991 UPOV Convention prevents the saving and sharing of farmers seeds. If they originally buy protected varieties, farmers would like to be able to save some of their harvest and share and exchange some of it with other farmers without paying additional royalties.
They claim that original seeds were removed freely from farmers’ fields by breeders. They add that those seeds that were used to engineer new varieties were selected and saved over thousands of years by farmers.”

Connecting the dots
The UN News Centre reports that Secretary General Ban Ki-moon and General Assembly President Nassir Abdulaziz Al-Nasser are calling for a “courageous” blueprint to tackle both world poverty and environmental destruction ahead of next year’s sustainable development summit in Rio de Janeiro.
“Mr. Al-Nasser stressed the need for policy-makers to ‘connect the dots between issues’ so that they develop policies that are ‘coherent, effective and beneficial.’
He added it was vital to ensure that the outcome of Rio+20 ‘is innovative and at the same time practical in its approach to tackling issues of sustainable development and poverty eradication.’”

The everywhere war
The UN News Centre also reports that Christof Heyns, the organization’s top expert on “extrajudicial, summary or arbitrary executions” is calling on national governments to respect international agreements in pursuing their security interests.
“On targeted killings, the Special Rapporteur said the current use of drones and raids into countries where there is not a recognized armed conflict to kill an opponent, such as in Pakistan or Yemen, is highly problematic
While such operations may be designed to hit a particular target, civilian casualties remain, and it is used on such a large scale that it can hardly be described as targeted.
‘The use of such methods by some States to eliminate opponents in countries around the world raises the question why other States should not engage in the same practices. The danger is one of a global war without borders, in which no one is safe,’ stressed Mr. Heyns.”

Sins of omission
Research firm Maplecroft has released a report assessing the worldwide risks faced by businesses of being complicit in human rights violations, with a particular emphasis on countries that are essential the global supply chain, such as China, India and Mexico.
“The ongoing use of forced labour in emerging economies indicates an unwillingness or a critical lack of capacity to address both the symptoms and causes, leaving business to police the problem itself,” according to Maplecroft’s Alyson Warhurst. “Responsible organisations must ensure that they and their business partners are fully compliant with international labour standards or they risk damaged reputations, litigation, investor alienation and reduced profits from consumer backlash and hidden costs relating to reduced productivity linked to adverse working conditions.”

Greasing palms, pumping oil
IRIN reports that even before Uganda begins pumping oil, concerns over the dreaded “resource curse” are growing, due in no small part to the actions of foreign companies.
“Prime Minister Amama Mbabazi has been accused of receiving funds to lobby for oil production rights on behalf of the Italian oil firm ENI, which eventually lost its bid for exploration rights to British firm Tullow Oil. Along with Mbabazi, Foreign Affairs Minister Sam Kutesa and Internal Affairs Minister Hilary Onek are both accused of taking bribes from Tullow Oil worth over US$23 million and $8 million respectively.”

Smokin’ profits
The Wall Street Journal reports Philip Morris International’s third-quarter earnings were up 31 percent, largely thanks to increased sales in Asian markets such as Indonesia and the Philippines.
“The company has sought to increase growth in emerging markets as volumes have slipped in more established European markets. As a result of the volume decline in developed countries, Philip Morris must enact price increases or cut costs to increase or maintain profitability.”

The price of gold
Blogger Tim Hoiland draws attention to a recent Tufts University report on the costs and benefits of Guatemala’s Marlin gold mine, which is owned by Canada’s Goldcorp.
“Overall, the report concludes that, when juxtaposed against the long-term and uncertain environmental risk, the economic benefits of the mine to Guatemala and especially to local communities under a business-as-usual scenario are meager and short-lived.”