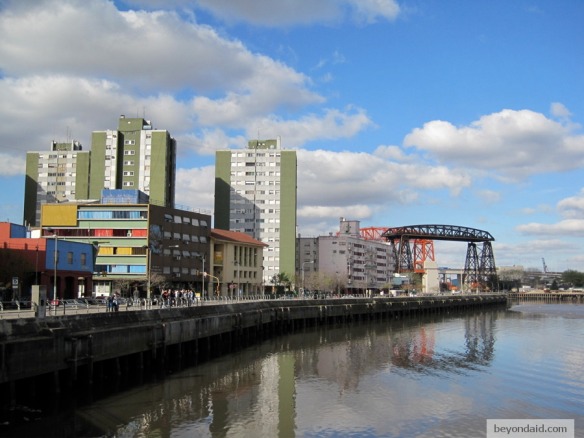 Responding to Occupy Wall Street
The University of Manitoba’s Hari Bapuji and the University of Massachusetts’s Suhaib Riaz examine the nature of the Occupy Wall Street protests and advise US business leaders on how best to respond.
“So if Occupy Wall Street is leaderless and unfocused, why isn’t it going away? The persistence of the ‘occupations’ is a signal that there is authentic, deep-seated unhappiness with the failings of the U.S. economic system. It’s an indicator that economic inequality is perceived as an important issue — one requiring business’s immediate attention.
The demonstrators are asserting that they are stakeholders in American business, and they’re correct — they are stakeholders, as consumers, as employees, and as citizens affected by the financial system in general. Businesses would do well to accept that fact and engage with the protesters, rather than trying to demonize or dismiss them.”

Constructive criticism
The Globe and Mail reports Mark Carney, the governor of Canada’s central bank and a potential chairman of the Financial Stability Board tasked with reforming international banking rules, has called the Occupy Wall Street and related protests “entirely constructive.”
“In a television interview, Mr. Carney acknowledged that the movement is an understandable product of the ‘increase in inequality’ – particularly in the United States – that started with globalization and was thrust into sharp relief by the worst downturn since the Great Depression, which hit the less well-educated and blue-collar segments of the population hardest.”

International media bias
The Institute for Security Studies’ Arthur Chatora accuses the international media of uneven and perhaps agenda-driven coverage of human rights abuses in the Libyan conflict.
“This biased media coverage raises questions about the credibility of media organisations and their agenda. Is it because the presence of widespread evidence of racially motivated human rights abuses committed by the TNC forces raises moral and ethical questions that challenge the validity of the notion of a “humanitarian war”? The responsibility assumed by NATO and the TNC forces to protect civilian lives from abuse by Gaddafi forces is also questionable, as it appears this mandate does not seem to extend to the protection of black Libyans and African immigrants.”

International legal bias
The International Institute for Environment and Development’s Lorenzo Cotula argues the current international legal regime encourages land grabs in Africa.
“National and international legal developments have strengthened the protection of companies against adverse action by the host government. But much less progress has been made to strengthen the rights of local people. As a result, the ‘shadow’ that the law casts on interactions between large companies and local villagers presents different shades of grey: those already benefiting from greater access to capital, expertise and influence also enjoy stronger rights.”

Tax agreement inequality
swissinfo.ch reports that not everyone is convinced Switzerland’s new tax agreement with India – one of 70 negotiated by the European country since its government pledged to reduce its famous banking secrecy in 2009 – is much more than window dressing.
“‘As seen by the recent cases of Germany and the United Kingdom, a good [double tax agreement] is not enough. These powerful neighbours have already negotiated new agreements which provide easier access to tax information. The Indian government got the maximum it could as an emerging market but influential industrial countries can get more information,’ [according to Alliance Sud’s Mark Herkenrath].
The Alliance Sud specialist said it would be extremely difficult for India to get the tax information it needs via a DTA and the Indian government would have to request an additional agreement for a withholding tax and special information disclosure clauses.”

Intellectual property vs access to medicines
Daniele Dionisio, a member of the European Parliament Working Group on Innovation, Access to Medicines and Poverty-Related Diseases, voices concern about a new plan introduced by the US during last month’s Trans-Pacific Partnership negotiations.
“Taken together, the non-transparent dynamics bound up with TEAM [Trade Enhancing Access to Medicines] compound fear that this initiative would be something that backs big pharma rather than making headway on non-discriminatory access to medicines in developing countries. This is particularly worrying owing to the fact that TEAM will probably play as the basis for future agreements between the US and other developing and developed countries. This concern seemingly harmonizes with a swipe taken by the US rep on 14 September at the WTO trade policy review of India, maintaining that India’s IP trade policy is out of sync with international best practices.”

The business of corruption
ECONorthwest’s Ann Hollingshead uses some real-world examples to take on the US Chamber of Commerce’s contention that the Foreign Corrupt Practices Act is a threat to American business.
“Has an American company never lost a contract in the history of the FCPA because its officers were not allowed to bribe? No. But does the FCPA provide a systematic impediment to American business competitiveness abroad? No. When an American businessman refuses to pay a bribe, it doesn’t mean the official necessarily goes looking elsewhere. As in Mexico, often the FCPA allows for a shift in the business dynamics, changing the playing field for everyone involved. Moreover, as the Argentine case shows, many businesses welcome this assurance and can use it to their benefit.”

Race to the bottom
The Economist looks at the growing movement against tax havens and the relative ineffectiveness of regulations to this point in stopping the race to the bottom.
“One avenue for reform is to place a greater duty on companies to explain what profits they make where. That would help prevent the worst abuses of transfer pricing scams, in which tax havens play a handy role. The muddled Dodd-Frank reforms, passed by Congress in America and now being implemented by regulators, supposedly go some way towards this; so does legislation being drafted in the EU.”