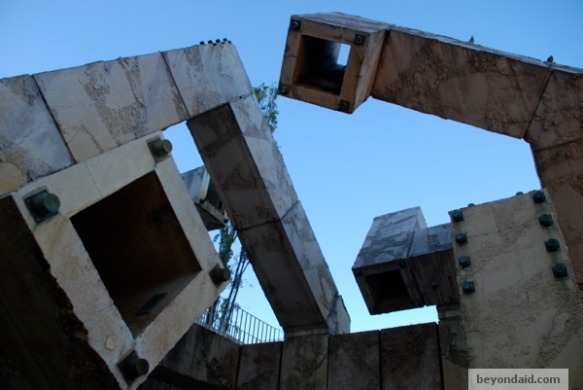 The problem with nation states
The Institute of Development Studies’ Lawrence Haddad looks at the lessons the recent and ongoing global crises hold for development thinking on issues such as economic growth, civil society and nation states.
“Several case studies showed how national self interest will continue to undermine collective action that is in the long-term interest of all. From the G8 to the G20 to the G193, issue-specific coalitions of countries (there are 193 states recognised by the UN), and the membership of those coalitions, is probably best explained by national politics. We need to understand these national coalitions more than ever.”

Debt-collection dangers
British House of Lords member Robert Skidelsky sees in the history of interwar Europe an argument for debt forgiveness in the eurozone.
“Germans today would say that, unlike reparations, the Greek and Mediterranean debts were voluntarily incurred, not coerced. This raises the question of justice, but not the economic consequences of insisting on payment. Moreover, there is a fallacy of composition: if there are too many debt collectors, they will impoverish the very people on whom their own prosperity depends.”

The scramble for goals
The Overseas Development Institute’s Claire Melamed argues that simply replacing the Millennium Development Goals with a new set of post-2015 goals would be missing the opportunity to rethink global cooperation and development for a world that has changed substantially since the 1990s.
“The MDGs can be seen as an agreement between donor and recipient countries about a set of priorities for collaboration and a monitoring framework. The goals and targets approach worked well for that.  But the world is different now. Most poor people live in countries that are both donor and recipient, or neither. Why should their governments be interested in a global agreement? What would be in it for them? Something that was all about aid would probably bypass the majority of the poorest people in the world.”

Robbing the rich to give to the bureaucrats?
Oxfam’s Max Lawson writes that the European Financial Transactions Tax, or Robin Hood Tax, now looks like a sure thing but the battle over where the resulting revenue will be channelled is heating up.
“Controversially, the Commission wants to use the FTT to finance the [European Commission] budget, none of the revenue raised would be used for climate change or development. Given the unpopularity of EU bureaucrats, this has won no support from France or Germany. Instead [French] President Sarkozy, in a speech the week after the joint Franco-German announcement [that the two countries would push for a European FTT at November’s G20 summit], again reiterated his belief that the revenue should help fight poverty and climate change.”

EU migrant abuse
Human Rights Watch has released a new report that accuses the EU’s border security agency of contributing to “inhuman and degrading” treatment of migrants.
“Frontex has become a partner in exposing migrants to treatment that it knows is absolutely prohibited under human rights law,” according to the group’s refugee program director, Bill Frelick. “To end this complicity in inhuman treatment, the EU needs to tighten the rules for Frontex operations and make sure that Frontex is held to account if it breaks the rules in Greece or anywhere else.”

Silicosis lawsuit
The BBC reports 450 former South African gold miners are alleging in a UK lawsuit that mining giant Anglo American is responsible for their lung diseases.
“Black miners at South African mines undertook the dustiest jobs, unprotected by respirators or – unlike their white counterparts – with access to on-site showers,” according to the miners’ London lawyers.
“Dust levels were high and they suffered massive rates of silicosis, a known hazard of gold mining for the last century.”

NCD baby steps
University of Toronto political scientist John Kirton says world leaders took “baby steps” towards tackling non-communicable diseases at this week’s UN summit but argues a comprehensive strategy would be good for both the world economy and its people’s health.
“The next opportunity to act comes in early November, at the G20 summit in Cannes. It’s tailor-made to address and advance the prevention and control of NCDs. The G20 summit governs critical interconnected economic, development and health issues through a comprehensive, coherent approach. It must control NCDs and thus soaring health-care costs to meet the commitments made at the 2010 Toronto summit to cut their fiscal deficit in half as a share of GDP by 2013 and to contain the global sovereign debt crisis erupting in Europe, too.”

The G20’s fifteen minutes
The McLeod Group’s John Sinclair asks if an “overconfident” G20, which initially seemed to embody a new era of greater international cooperation, is already in decline.
“It has quickly slipped into the flawed G8 mode of endless technical debate between finance and central bank officials. It has fallen into a quagmire of competing plans for avoiding a repeat banking crisis, with Americans and Europeans squabbling over whose regulations are the best (or rather, the least bad).”

Bad aid in Afghanistan
The International Crisis Group’s Sophie Desroulieres argues that heavily militarized international aid to Afghanistan is in urgent need of a rethink if it is actually going to help the country and its people.
“A decade of investment in security, of development aid and humanitarian assistance – $57 billion spent between 2002 and 2010 over and above the war effort, according to Afghanistan’s finance ministry – has not resulted in a politically stable or economically viable country. State institutions remain fragile, unable to provide good governance. Instead of going through Afghan institutions and reinforcing their legitimacy, 80 percent of aid went around the Afghan state. In 2010, Kabul and donors agreed that at least half of reconstruction and development aid should go though Afghan institutions by 2012. But the loss of credibility, the corruption and the nepotism corroding the regime of President Hamid Karzai have already undermined that agreement.” (Translated from French)

Selective principles in Libya
Embassy Magazine’s Scott Taylor argues NATO seems to have forgotten, or never believed in, the humanitarian values it cited to justify its Libyan intervention.
“Frustrated at their inability to make advances against the city of Bani Walid, former rebel commanders have told reporters they intend to shell the city with heavy artillery. Given the fact that there are still an estimated 75,000 civilians living there, this act would inevitably result in the death of many innocent Libyans. This, of course, is exactly what NATO claims it intended to prevent.”