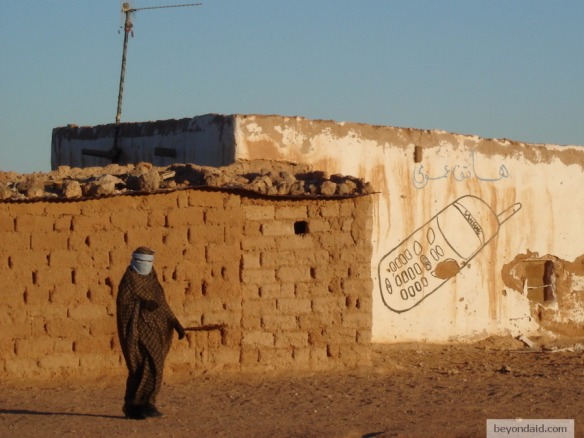 British Prime Minister David Cameron has said he would consider limiting social networking services such as Twitter and Blackberry Messenger in situations like the recent riots, a measure, as Reuters puts it, “widely condemned as repressive when used by other countries.” The Globe and Mail’s Ivor Tossell conveys a similar sentiment: “Cracking down on citizens’ communications in times of crisis would put Mr. Cameron in the company of a large and unsavoury bunch of autocrats.” Earlier this year, the UN’s top expert on freedom of expression, Frank La Rue called for “as little restriction as possible to the flow of information via the Internet” but warned: “Governments are using increasingly sophisticated technologies to block content, and to monitor and identify activists and critics.”

In other technology news, the US military test launched its Falcon Hypersonic Technology Vehicle 2 (HTV-2). The unmanned manoeuvrable aircraft, built to travel at 20 times the speed of sound, is part of the Pentagon’s Prompt Global Strike efforts that have involved “working for nearly a decade on an audacious plan to strike anywhere on the planet in less than an hour.” But for the second time this year, the device lost contact with ground stations and disappeared into the Pacific, a result described by the program manager as “vexing.”

Piracy is reportedly starting to become an issue off the west coast of Africa: “Piracy in the Gulf of Guinea has over the last eight months escalated from low-level armed robberies to hijackings, cargo thefts and large-scale robberies,” the Associated Press reports, citing Denmark’s Risk Intelligence. Over on the continent’s east side, piracy is old news but the Guardian’s Mark Tran reports it has become another factor complicating aid delivery to those affected by the Horn of Africa’s food shortage. To recap then, the list of problems cited since a state of famine was declared in parts of Somalia include lack of money (less than half of what the UN says it needs), lack of organization, uncooperative rebels, a government/AU offensive against said rebels, high food prices, draconian US anti-terrorism laws and a weak dollar. US Secretary of State Hillary Rodham Clinton announced an additional $17 million in emergency funding, of which $12 million will go to Somalia. Also heading from the US to Somalia is Richard “Colonel Sanders” Rouget, whom Wired describes as a “mercenary with a criminal record and possible ties to several African coups and at least one murder.” In the name of counterinsurgency, “America has endorsed, however indirectly, a man who for years has allegedly fought against stability, justice and self-governance in Africa,” according to Wired’s David Axe.

Fifteen years after Pfizer drug trials during the course of which 11 Nigerian children died, the first compensation cheques have been issued, with the families of four of the deceased each receiving $175,000. A Wikileaks document revealed Pfizer tried to dig up dirt on the attorney general in order to make him drop the case before finally agreeing in 2009 to a $75 million settlement.

The US Supreme Court may examine the question of corporate liability for overseas human rights abuses later this year in light of recent contradictory interpretations of the Alien Tort Statute by federal appeals court judges. Human rights lawyers say the majority of the rulings support their position, but US Chamber of Commerce lawyers argue international law “establishes liability for states and individuals, and not for corporations.”

Oxfam’s Emily Greenspan writes about the new social and environmental policies of the International Finance Corporation, which is “the private sector lending arm of the World Bank Group.” The new rules include a “precedent-setting requirement” that corporations looking to work on indigenous lands obtain “free prior and informed consent” from local communites, and an obligation for oil, gas and mining companies to disclose their contracts with host governments. It does not appear, however, that companies have to reveal their profits, as called for by Christian Aid’s Joseph Stead in order to discourage corporate tax avoidance as well as government corruption. Nevertheless, Greenspan hopes the new requirements “will set in motion a ripple effect among other international financial institutions, export credit agencies, companies, and governments, helping to reduce social conflict and increase transparency around large-scale development projects globally.”

Over the last week or so, there have been a number of articles describing last year’s passage of the Dodd-Frank Act – a piece of American legislation that includes a requirement for companies to prove the minerals they use have not exacerbated conflict in their country of origin – as a disaster  for the Democratic Republic of Congo, the very place it was ostensibly meant to help. A Businessweek article talks of a 90 percent drop in legal mineral exports over the last year and a David Aronson op-ed in the New York Times says: “Rarely do local miners, high-level traders, mining companies and civil society leaders agree on an issue. But in eastern Congo, they were unanimous in condemning Dodd-Frank.” But the Institute of Human Rights and Business’s Salil Tripathi calls these arguments “simplistic and wrong.” He says those who pushed for the kinds of measures contained in Dodd-Frank realized there would be some adverse short-term economic impacts but they see ending a protracted conflict as the ultimate goal: “Restrictions on conflict minerals alone won’t end unrest in the DRC. But not having any restrictions on products known to fuel conflict, ostensibly to preserve livelihoods for the country’s people, won’t make matters better, either.”

Given the current economic crises on both sides of the North Atlantic, UC Berkeley economist Barry Eichengreen asks: “Isn’t this a once-in-a-lifetime opportunity to move away from a world where the US Federal Reserve and the European Central Bank hold the supply of international liquidity in thrall?” He proposes “a global-GDP-linked bond, the returns on which would vary with global growth rates.”