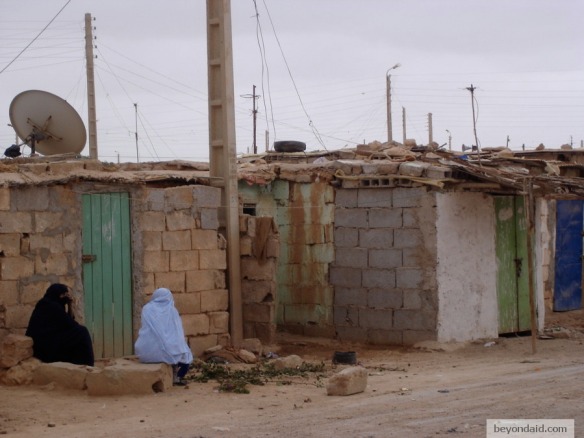 Australia’s so-called Malaysia Solution is on hold for now. The country’s high court has said the Australian government may not have the legal authority to carry out the terms of the deal, which would involve sending 800 boat people to Malaysia to have their refugee claims processed in exchange for 4,000 who have been approved for permanent resettlement. Malaysia is not a signatory to the UN convention on refugees.

UNESCO head Irina Bokova has condemned last month’s NATO attack on Libyan state television that left 3 dead and 21 injured. “Media outlets should not be targeted in military actions,” she said, pointing to a 2006 UN Security Council resolution on the safety of media workers in conflict zones. Following the bombing, NATO justified its choice of targets: “Striking specifically these critical satellite dishes will reduce the regime’s ability to oppress civilians while [preserving] television broadcast infrastructure that will be needed after the conflict.” But Bokova appeared to head off this argument by saying “the NATO strike is also contrary to the principles of the Geneva Conventions that establish the civilian status of journalists in times of war even when they engage in propaganda.”

The US is eager to get more involved in Mexico’s escalating drug war but faces laws forbidding foreign soldiers or police from operating on Mexican soil, according to the New York Times. The solution so far has been the deployment of CIA agents, with possible reinforcements to come from private security contractors. Meanwhile, there will soon be 5,500 private troops operating under State Department command in Iraq, but “no one outside State knows anything more, as the department has gone to war with its independent government watchdog to keep its plan a secret,” according to Wired’s Spencer Ackerman.

There is much uncertainty in Somalia’s capital Mogadishu after Islamist rebels withdrew from the city over the weekend, leaving observers to wonder whether the move represents a retreat or simply a shift to guerrilla tactics. There also appears to be lingering confusion among humanitarian organizations in Al Shabab-controlled areas over strict US rules that are ostensibly meant to ensure the rebels do not benefit from foreign assistance but are having a chilling effect on groups looking to provide emergency food aid. “USAID says they want to move, they do want to get us funding, and from their perspective it’s all sort of green light, ready to go,” an anonymous aid official told the Huffington Post. “Maybe they’re not really understanding that NGOs are quite nervous, especially the American ones — and the European ones are taking their cues from the Americans.” US aid to Somalia dropped from $230 million in 2008 to below $30 million last year. But the White House has just announced an additional $105 million in emergency aid for the Horn of Africa, bringing the total up to $565 million for the year so far.

South Africa’s maternal mortality rate has “more than quadrupled over the last decade,” according to a new report by Human Rights Watch. But in a piece on Africa’s high rates of economic growth, Witney Schneidman, president of Washington-based consulting firm Schneidman & Associates International says “Africa’s moment is at hand.”  He praises South Africa where “for the past 15 years, the government has pursued an economic policy that has brought greater financial discipline and macroeconomic stability.” Schneidman does, however, concede South Africa “has a first-world economy” but “faces developing-world challenges.”

The Guardian reports on the Nigerian fishing village of Goi destroyed by oil spills and one of its inhabitants suing Shell in The Hague for reparations. Another piece in the same paper suggests Gaza’s new, Spanish-run five-star hotel provides “hope” in a place “where there are no tourists and around 70% of the population lives below the poverty line.”

In the ongoing punditry frenzy over credit rating agency S&P’s decision to downgrade the US debt slightly, “chutzpah” and “overreach” are two frequently recurring terms. Paul Krugman, who wrote last year that such agencies “were a big part of that corruption” which triggered the financial crisis in the first place, now compares S&P to a “young man who kills his parents, then pleads for mercy because he’s an orphan.” The author of a post on the Economist’s Democracy in America blog does not necessarily disagree but also sees plenty of chutzpah in those now blasting S&P: “So yeah, S&P failed to accurately identify the junk that made up those troublesome mortgage securities. But I can hardly fault them for trying not to repeat the mistake when evaluating the make-up of America’s political system, which is ultimately responsible for paying the country’s bills.” And the Overseas Development Institute’s Jonathan Glennie, sounding a little annoyed at the Americentrism of it all, asks via Twitter: “why has s&p overreached itself just because it has downgraded us bonds? Are its analyses of other countries less important!?”

Fraud lawyer Monty Raphael shows little enthusiasm for the UK’s new bribery act, arguing that without proper enforcement, “it will change little or nothing.” And while the act only deals with offences occurring since it came into force, he wants to see a mechanism to deal with “all the accumulated corruption committed before July 1 this year.” He calls for an integrated anti-corruption agency, along the lines of those currently operating in Hong Kong, Singapore and New South Wales. Recognizing that governments are not eager to take on new spending these days, he suggests: “Resources presently available can be channelled into a single investigation and prosecution agency with a wide remit, and with penal, civil and administrative powers. It should include within its remit Parliament, the legal system and all public and private sectors.”

Former World Bank economist Dennis Whittle praises his former employer for its attempts at “democratizing” development, by which he seems to mean the increased use of focus groups. “If the World Bank can make progress in this area,” he argues, “the payoff for the entire aid field could be large, both in terms of finding effective policies as well as catalyzing more openness and accountability.”