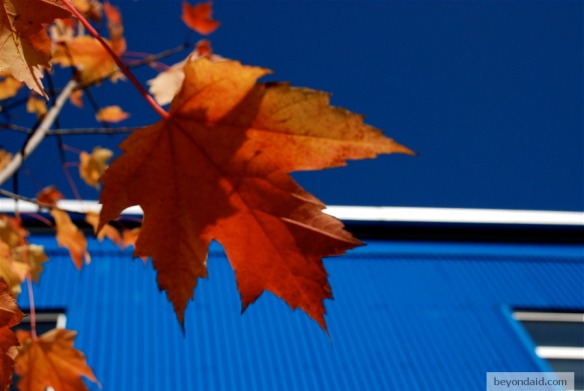 The UK has recognized the Libyan rebels as “the sole governmental authority in Libya” and unfrozen $150 million in oil revenues, measures the Gadhafi regime has termed “irresponsible” and “illegal.” On the other hand, the British and French seem to be opening the door for Gadhafi to stay in Libya as long as he gives up power, a position that is not popular with the International Criminal Court. Referring to the ICC’s insistence on Gadhafi’s arrest as “a monkey wrench into the diplomatic machinery,” James Dorsey says “it may well help to make the irony of the need for humanitarian help for Qaddafi-held areas of Libya that result from the international community’s own actions a reality.”

A power struggle appears to be underway between members of the Organisation for Economic Co-operation and Development (OECD) – a group of 34 rich countries that includes none of the BRIC nations (Brazil, Russia, India and China) – and those on the outside over who gets to set global tax rules. The rich countries believe the OECD should retain that privilege, while their opponents want to see an increased role for the UN’s Committee of Experts on International Cooperation in Tax Matters. In a blog update, one of the authors of the Guardian piece wrote: “According to preliminary indications, things haven’t gone very well in Geneva this afternoon for developing countries – but we await further information.”

Greenpeace Argentina has released a report (in Spanish) accusing Canada’s Barrick Gold of destroying glaciers in Argentina and Chile and flouting national environmental laws in the process. Daniel Whalen of the Council on Hemispheric Affairs suggests such behaviour by Canadian mining companies is all too common. Given that Canada’s mining industry is the largest in the world, he argues “it is imperative that Ottawa hold its industries accountable to some approximation of environmental and human rights standards, both at home and abroad.”

Vedanta Resources, an Indian mining company which has its head office and is traded in London, faced protests at its annual general meeting over alleged human rights and environmental abuses, as well as its plans to set up an open-pit bauxite mine in an area considered sacred by local indigenous people. Among those protesting was asset manager Aviva Investors, “a small but vocal shareholder whose move to join the protest marks a more activist stance from institutional investors on social issues,” according to a Reuters report.

Diageo, the world’s biggest maker of spirits, has agreed to a settlement over American allegations it paid $2.7 million in bribes to officials in India, Thailand and South Korea to improve whiskey sales and get tax breaks. “Without admitting or denying the charges, Diageo agreed to desist from further violations and pay $11.3 million in disgorgement, $2.1 million in prejudgment interest and a $3 million penalty,” according to the Wall Street Journal.

The Modernizing Foreign Assistance Network has released a statement decrying proposed budget cuts to the US Agency for International Development and the State Department it claims would “roll back the huge progress that has been achieved in making U.S. foreign assistance more effective and accountable, impeding ongoing efforts to ensure that taxpayer dollars are getting into the hands of people who need our help.”  Meanwhile, New York University’s Richard Gowan warns that aid “retrenchment” is likely to become the norm in Europe over the next few years. “The question is whether this will be smart retrenchment – with governments, NGOs and international organizations actually working out how to introduce sensible reductions, evaluate what works, etc. – or a poorly-coordinated set of budget cuts justified by vague appeals to “the need for austerity”.”  Answering his own question, Gowan says all signs point to the latter.

Jonathan Glennie writes in the Guardian the English language has moved beyond “aid” – the preferred term is now “development cooperation” – but he is not convinced the shift represents more than semantics. “Rich countries (old and new) will still make decisions based on a mix of interest, ideology and altruism, just as they always have; it will take more than a progressive declaration to change the power mechanisms inherent in international relations.” Moreover, he points out that aid discourse over the last half decade has focused increasingly on efficiencies and cost cutting and he worries the new linguistic shift could mean it would no longer be only “aid concepts that are colonised and techno-fied, but the broader development agenda.”

Similarly, development experts Stephen Brown and John Sinclair point out the Canadian International Development Agency’s new open data initiative provides access to aid inputs but not to the outputs. So, for example, one can see how much money Canada gave to Haiti following last year’s earthquake, but not the actual impacts of those hundreds of millions of dollars. “If the government wants to show it is fully committed to aid transparency,” the authors argue, “it will join the International Aid Transparency Initiative. This would involve much more than quantitative information on some very selective inputs—it would also require more complete data on participating organizations, activities and budgets, as well as public access to actual documentation—all downloadable from the CIDA website.”

The Center for Global Development’s Charles Kenny walks his readers through the arbitrariness of World Bank country income classification and suggests an “attempt to make the income and [International Development Association] thresholds actually reflect something about the nature of countries independent of their relationship to the World Bank and its arcane concerns with civil works preference.”

As the Canadian government deliberates over setting appropriate immigration levels, the Embassy Magazine’s Jim Creskey supports the idea, put forth in a new book, “that Western governments should simply accept the inevitable and open their borders” and he argues for “putting the very important idea of people first before the abstract idea of national borders.”