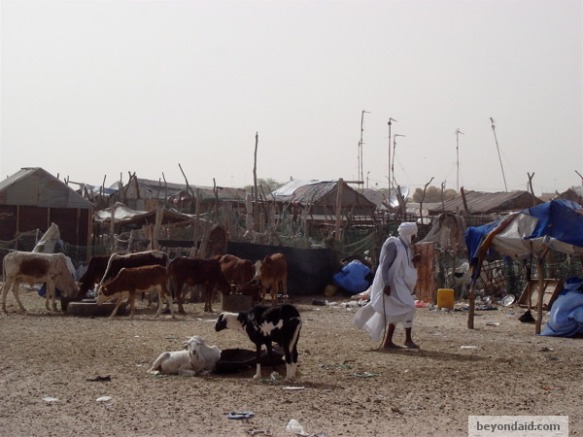 A new Médecins Sans Frontières report suggests a number of major pharmaceutical companies will no longer provide antiretrovirals at discounted prices to middle-income countries, including ones with large numbers of  people living with HIV, such India, Brazil and Thailand. And while Health Global Access Project’s Brook Baker praises Gilead Sciences for recently becoming the first drug-maker to join the Medicines Patent Pool (MPP) that aims to improve access to affordable HIV/AIDS treatments in poor countries, he argues the move may not have been as philanthropic as it might seem. The agreement excludes many “middle-income countries with a high HIV-burden” and “of the 111 countries included in the geographical scope of the tenofovir MPP license, Gilead has patent applications pending or granted in only 2 of the licensed countries, India and Indonesia.”

In other patent news, World Intellectual Property Organization delegates have wrapped up a week of meetings without completing drafts of treaties to protect genetic resources, traditional knowledge and folklore. A representative of indigenous peoples expressed concern that their voices were not being sufficiently heard.

Britain’s Macmillan Publishers has agreed to a hefty fine for bribes its education division paid in Africa in the hopes of securing contracts. And a confidential government memo dating from 2008 has revealed Canada’s asbestos industry, which critics say endangers the health and lives of people in the handful of poor countries which still import the substance, may be on its last legs due to dwindling reserves.

Somalia’s Al-Shabab militants, who control much of the country, are still blocking a number of aid agencies despite a recent announcement to the contrary and have called the UN’s declaration of famine “pure propaganda” even though the international organization has laid out the specific criteria it uses to make such assessments. The UN secretary general has written a plea for the world community to help the Somali famine’s victims, “the vast majority of them women and children.” Indeed, the photo accompanying the LA Times piece notwithstanding, more than 80 percent of those fleeing Somalia are women and children. This fact has prompted Al Jazeera to ask where the men are, with some suggesting they are being forced to fight in the country’s civil war. Meanwhile, the Guardian’s John Vidal blames the famine, in part, on what he calls an “insidious war” against pastoralists who “produce more and better quality meat and generate more cash per hectare than “modern” Australian and US ranches” but are being squeezed out “by large-scale farming, the expansion of national parks, and game reserves and conservation.”

Al Jazeera also asks if this week’s UN Security Council statement on the threat to global security posed by climate change is “a real opportunity to achieve significant results or an attempt to divert attention from the root causes of the problem and away from the countries that cause global warming and distribute the burden evenly on world nations.”

Council on Foreign Relations president Richard Haass proposes a so-called “restoration” doctrine, by which he means “a U.S. foreign policy based on restoring this country’s strength and replenishing its resources—economic, human and physical.” He says the idea is very different from isolationism in that it involves carrying out an “active foreign policy.” But restoration would mean engaging in “fewer wars of choice” abroad, such as those fought in Vietnam, Iraq and Libya, and making smart cuts to discretionary spending at home. Haass sees restoration as a short-term objective that could lay the groundwork for what he believes should be America’s real foreign policy goal: “integration, which aims to develop rules and institutions to govern international relations and persuade other major powers to see that these rules are followed.”

Reflecting on a new report entitled “Resource Scarcity, Fair Shares and Development,” Oxfam’s Duncan Green argues that both the left and the right argue away the idea of resource limits in their own way. He also says there is an important distinction between the “new scarcity” of planetary capacity and the largely local and socially determined ‘old scarcity’ that has always left poor people on the outside looking in. In his view, most of the scarcities are primarily local and, as a result, “we should be careful about lumping them all together or going too global, especially when it comes to solutions.”