At the risk of deviating slightly from my mandate, I’ve decided to post an unpublished piece I wrote in 2007, shortly after covering Senegal’s last presidential election and one of the country’s major religious pilgrimages. I feel that the burning of a Jehovah’s Witness temple in suburban Dakar (in the very suburb where my narrative begins) over the weekend, as well as the recent controversy over proposed constitutional changes in the run-up to next year’s election, makes the piece timely again and I hope it can give a small insight into Senegal’s complex politico-religious culture.

But please do bear in mind the text is four years old, so the statistics at the very least are out of date. For an update on the interplay of politics and religion in Senegal, read this. 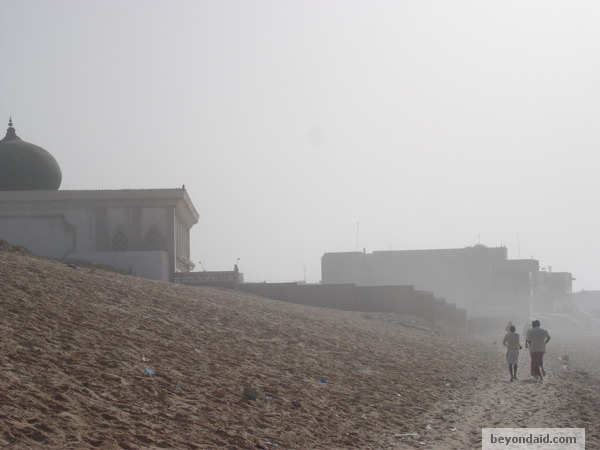 Dakar, Senegal – On the western edge of a city and a continent, a green-domed mausoleum sits just beyond the endless pounding of Atlantic breakers. “Sacred place. No sports allowed,” reads a sign in hand-painted French, staking out a little piece of sand for a 19th Century holy man to rest in peace. On either side of the shrine, teams of young boys chasing footballs mirror the ocean’s ebb and flow. A little further, Western tourists loll about in Speedos and bikinis, partially veiled only by a thin salt mist.

In this West African nation of 12 million, a secular constitution combines with intercommunal marriages and cultural traditions – most notably teranga, or hospitality – to foster tolerance and blur the lines separating the estimated 95-percent majority Muslims from the Christian and animist minorities.

“Everybody pretty much practices their religion without worrying about what others are doing,” said Abass Fall, a 40 year-old teacher, fresh from an annual pilgrimage which draws hundreds of thousands of devotees to the holy city of Tivaouane just northeast of the capital. “And during religious holidays, each community invites the other to join in the festivities.”

Senegal may have its share of problems – it ranks below Sudan, Haiti and Zimbabwe on the UN’s Human Development Index and has an estimated urban unemployment rate of nearly 50 percent – but religion is not a major fault line, according to a Western official in Dakar who spoke on condition of anonymity. While he did not know whether to attribute Senegalese tolerance to the influence of the country’s dominant brand of Islam – an unorthodox form in which charms and icons are widespread and the majority belong to mystical Sufi brotherhoods – or vice versa, he said there was no recent history of religious radicalism or fanaticism.

This apparent absence of radical Islam is good news in intelligence circles increasingly concerned northwestern Africa’s porous borders and vast unpoliced areas are ideal for recruiting and training terrorists. But Senegal’s own brand of Islam produces its own set of challenges. 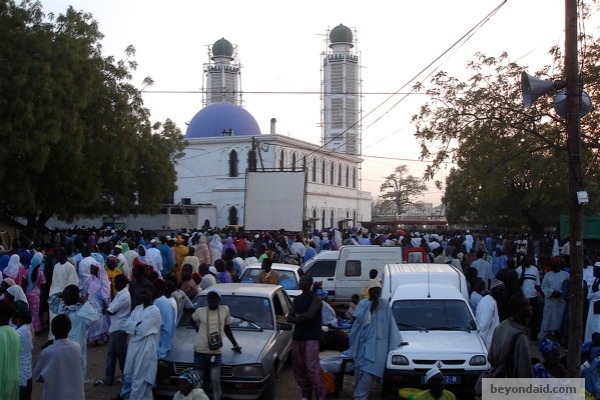 Though a devout member of the Tijani brotherhood, Abdoul Aziz Kébé, a professor of Arabic and Islamic Civilization at Dakar’s Cheikh Anta Diop University, fears the increasing political role of religion in the country may threaten the republican values of equality and legality. He believes Senegal is sliding towards a dangerous situation under President Abdoulaye Wade who was reelected for a five-year term earlier this year. His allegiance and submission to the head of the Mouride brotherhood – the most powerful Senegalese order both politically and economically but second to the Tijani in numbers – is typical of its adherents but when Wade behaves in this way, he is choosing religion over the very constitution that is intended to leave people free to worship as they choose.

“If the president submits to another power,” Kébé said, “he places all Senegalese people under the power of that authority, even if they don’t belong to that brotherhood.”

In the lead-up to last month’s parliamentary elections, a number of media voices condemned Wade’s open patronage of Mouride leaders who have the power to deliver huge numbers of votes to friendly politicians. The country’s much vaunted democracy – Senegal is the only West African nation never to have experienced a military coup – lost some of its lustre due to the opposition’s boycott of the vote. But in Kébé’s view, Wade’s favouring of one brotherhood over the others can have consequences long after election day.

“The impression that one group or another is the chosen people is very dangerous in a republic,” he warned. “It marks everyone else out as the damned.”

Still, it is not just Muslims who feel that Senegalese Islam is for the most part getting things right. Given the country’s demographic realities, Christians benefit from the maintenance of a secular, tolerant society. For now, they do not seem too worried about their lot.

“Fundamentalism gets drowned in Senegal’s culture of openness and respect for others,” said Reverend Gabriel Sarr who leads the congregation at Dakar’s oldest church. But despite the constitution and the fact that Easter Monday is a national holiday and street vendors peddle inflatable Santas and miniature Christmas trees every December, he guards against complacency. “Sometimes a small thing can undo a whole tradition of peace.”